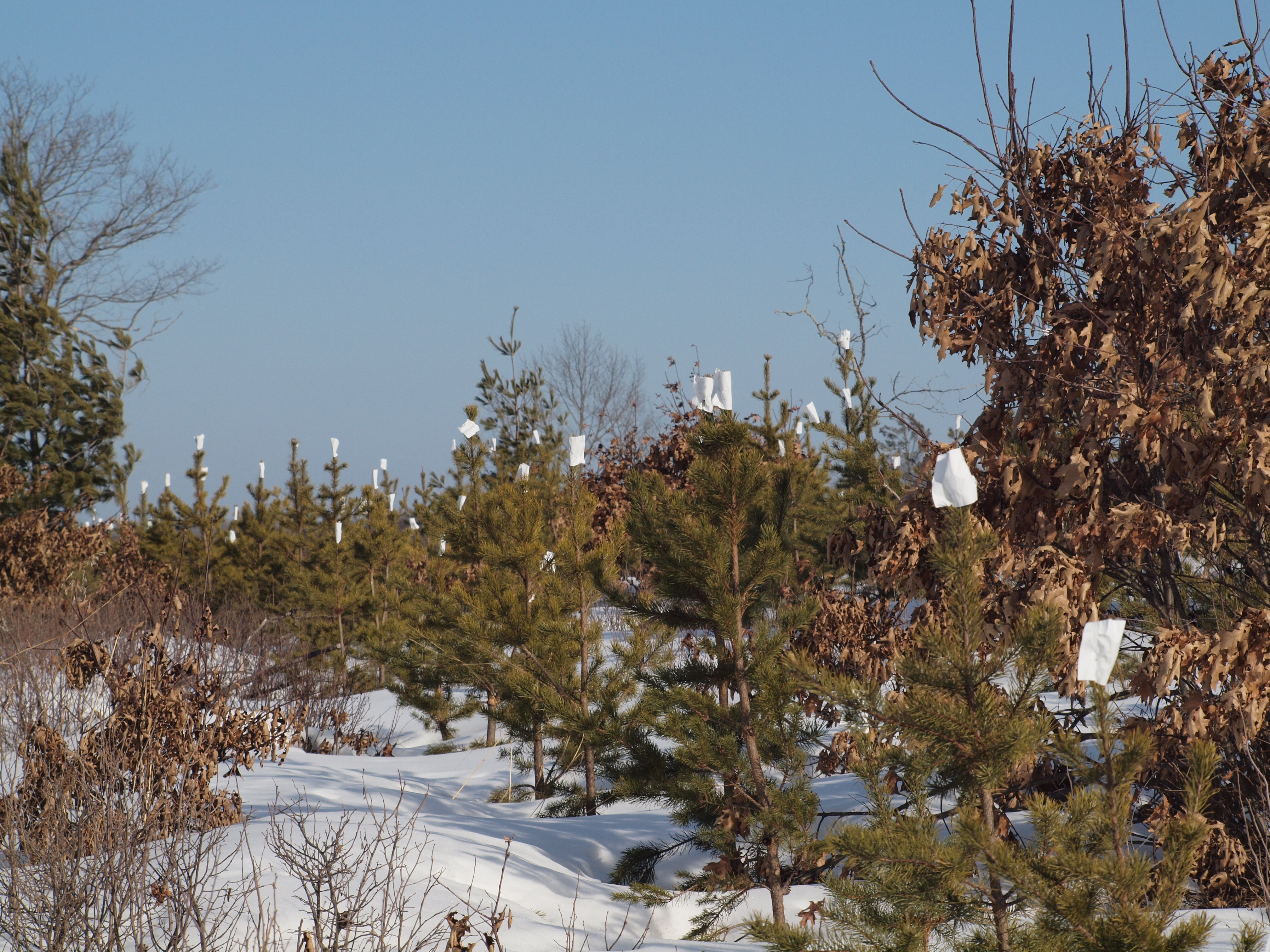 And that’s the explanation behind an apparent mystery.  Who knew that red pines had such lovely white flowers, and that they’d be blooming before the snow has even melted?

But no.  These blossoms are actually little scraps of paper that have been carefully stapled to thousands upon thousands of seedlings.  It was the only way to prevent their tender new growth from being nipped off by hungry deer.

If you think it must be a lot of work to do that, you’re right.  It has to be done in a way that doesn’t harm the tree, and yet is still tight enough so deer can’t easily nuzzle it off.  It’s done with paper that breathes, but is still quite durable.  These trees received their bud caps three or four years ago, and the caps are still there.  Here’s a close-up: 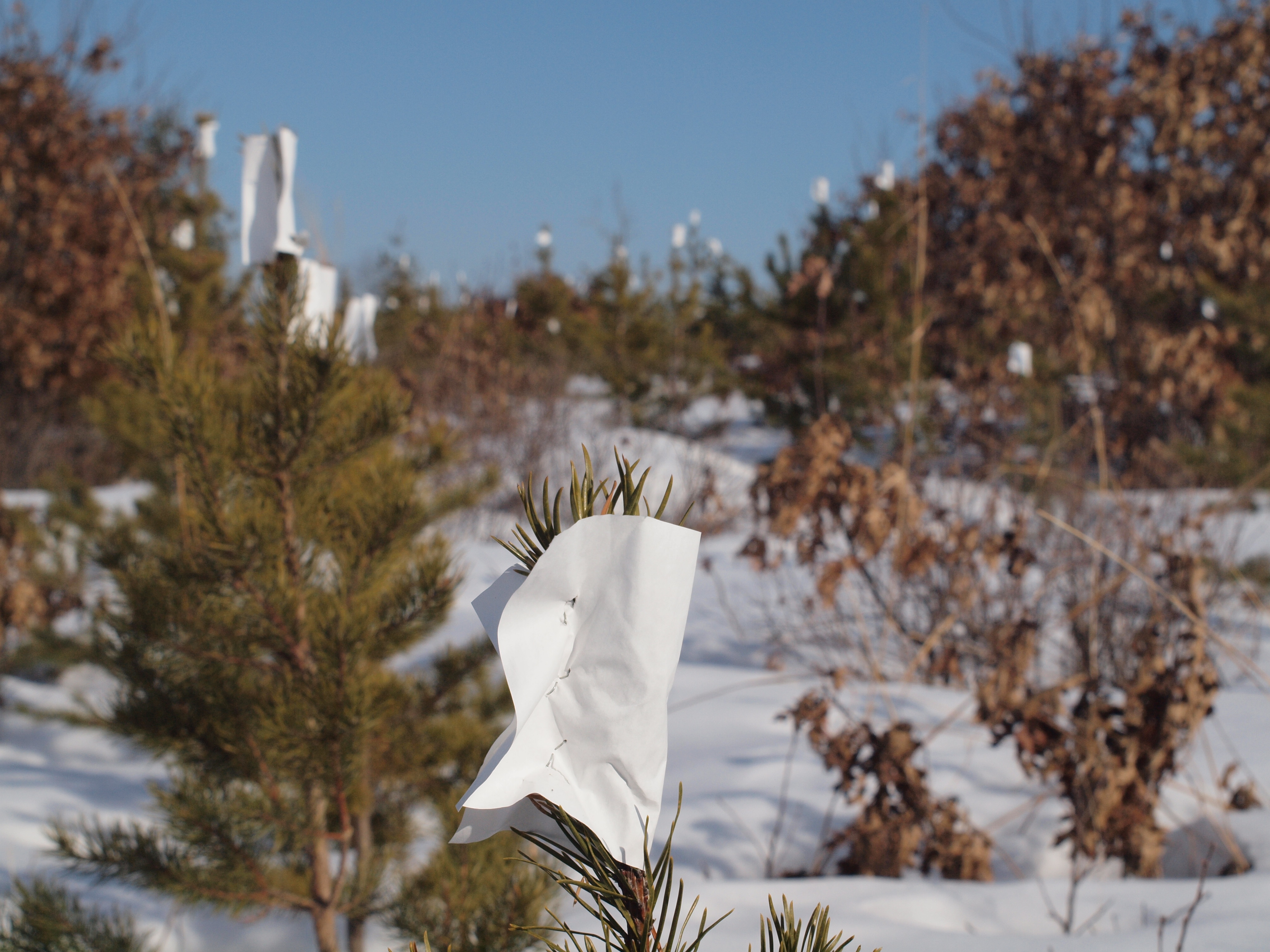 Most of these trees have grown to the point where they’re relatively safe from deer.  Plus, local deer populations here in northwest Wisconsin are now down significantly.  Deer hunters are mad as hell about that.  They blame wolves, the DNR, bears, and each other—in roughly that order.  (But that’s a whole other story.)

When these trees were planted, however, deer were so plentiful that tender new seedlings without bud caps didn’t stand a chance.  After repeated replantings, it was time for the last-ditch bud cap strategy.  Remarkably, a wildlife biologist told me that during this same period he received a phone call from an angry citizen who hunts less than a mile from here.  The hunter said there were no deer left for miles around, and it was his worst year of hunting ever.

Meanwhile, frustrated foresters were telling a different story.  Bud caps are a very labor-intensive solution, but there was no other option.  The labor was provided by migrant workers from Mexico, the same crews that come every spring to plant these seedlings.

Every spring, one of these crews stay at a resort down the road from us.  The contractor gets a special rate, and the resort gets extra business during the weeks before fishing season.  In anticipation, our local IGA stocks extra tortillas, beans, hot sauce, and similar items that have been moving more slowly all winter.  These guys work hard, dark to dark, six days a week.  They’re hungry when they get back.

Occasionally, these crews are here at other times of year.  They arrive in the night, quietly and unannounced.  Their secret mission: To protect vulnerable pine seedlings by battling deer with office supplies.  Instead of being issued a shovel, each worker is given small scraps of paper and a loaded stapler.  It’s a dirty job, but someone’s got to do it. 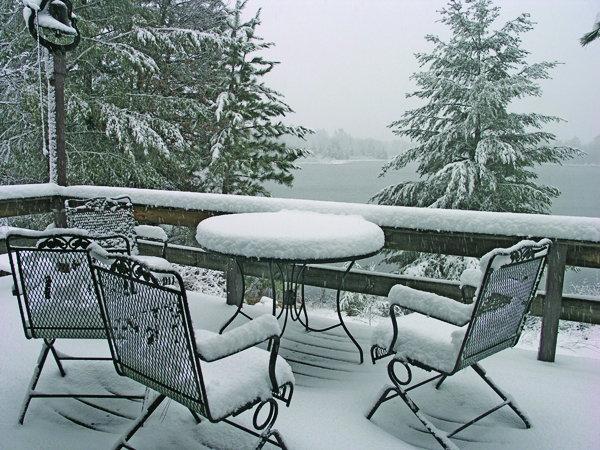 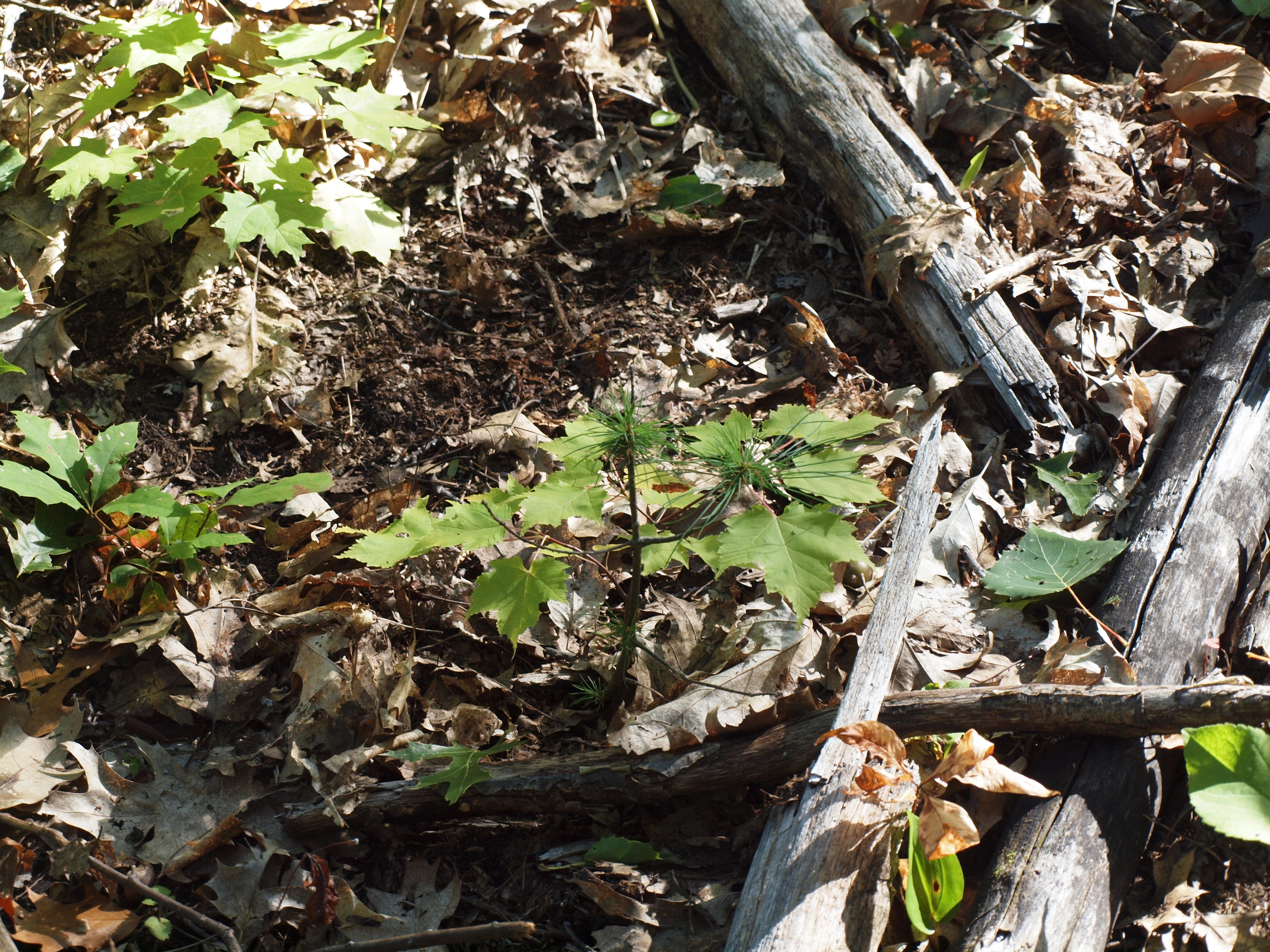