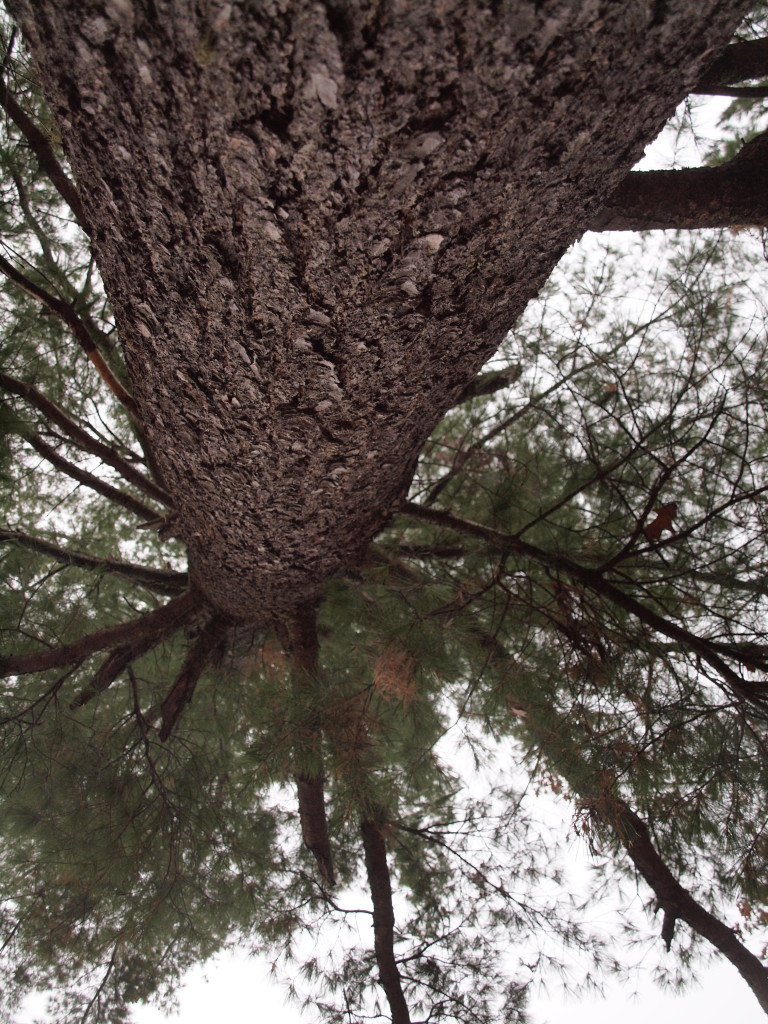 Statistically, deer hunting is a very safe pastime.  And yet….

The other day someone tweeted a link to a hunter safety post I wrote way back in the fall of 2011.  (Thank you for that!)  At the time I was still researching my book DEERLAND: America’s Hunt for Ecological Balance and the Essence of Wildness.  Feels like ages ago.  But if you’re a deer hunter, that post is still worth another look.

Because you know, it always happens to someone else.  Until it happens to you.

Although hunting is just one part of the larger environmental and cultural story I tell in DEERLAND, it was fascinating to explore American deer-hunting culture.  It’s one that’s changed dramatically over just a single generation, and this has in turn changed hunters’ whole risk equation.  Today fewer hunters participate in group deer drives; more of them hunt alone.  Fewer sit on stumps; more sit in treestands.  Just as many hunt with firearms, but far more of them also hunt with bows and crossbows.

It all adds up to fewer hunters accidentally shooting each other, but more of them cutting themselves on razor sharp broadheads.  In addition to bleeding, hunters can also worry about just the opposite: blood clots from sitting still for so long.  Here’s more on that from Dan Schmidt, the editor of Deer & Deer Hunting.  He just had quite a wake-up call.

I’m a relatively unskilled deer hunter, and I’m especially lacking in the ability to sit motionless all day in cold weather.  Who knows?  In addition to saving the lives of a few deer, maybe that’s even saved mine.  But blood clots are no joke, and I bet it’s something we’ll be hearing more about in this context—and all because of a big change in American deer hunting culture.  Never before have so many been so frozen and yet sat so still for so long.

Of course, the greatest risk for modern deer hunters is falling from treestands.  It’s something we rarely heard of a generation ago—mainly because back then hardly anyone hunted from treestands.  Now almost everyone does.

But treestands don’t have to be dangerous.  Wear a safety harness, and stay clipped in from the moment you start climbing until both your boots are back on the ground.  It’s great that you’re clipped in while you sit up there, but a large percentage of falls happen on the way up or the way down.  That first step out of the treestand can be a long one.

That’s what happened last year to a guy I know.  Friend of a neighbor.  Broke his back, several ribs, and various other bones.  After regaining consciousness he was able to crawl, very slowly, for almost half a mile to the nearest dirt road.  (He had a phone, but it fell out of his pocket and he couldn’t raise his head high enough to see where it landed.)  Fortunately he fell early in the afternoon, not right after sunset.  It was almost dusk when he reached the road, which is fairly isolated and doesn’t have any year-round dwellings on it.  It was a weekday, and the guy who found him was probably the last person who’d have driven by until sometime the next day.  He rarely drives that route; that day for some reason he’d taken the long way, just on a whim.

So the guy survived.  He was given a long helicopter ride straight to a big hospital down in the city; apparently his spinal injuries were pretty serious.  He might have been paralyzed, but was not.  For the first months after his fall, he wore a rigid plastic body brace that closely resembled a giant turtle shell—especially since it was in a greenish camo color.  His back brace came off after a few months, and by late spring he was walking fairly well.  He’s doing OK now.

If that story doesn’t make you think about treestand safety, I don’t know what will.  But as an extra visual aid, I’ve included two simulated POV shots.  Above: The first thing you’d see after you hit the ground—and maybe the last.  Below: What you’d see if were crawling out of the woods for half a mile with a broken back, broken ribs, a few other broken bones besides.  It’s raining this afternoon, so the photo is a bit dark and blurry.  But then, under those circumstances your vision would be getting a little dark and blurry.

So all you deer hunters out there…  Wear a safety harness, and stay clipped in—including on the way up and the way back down. 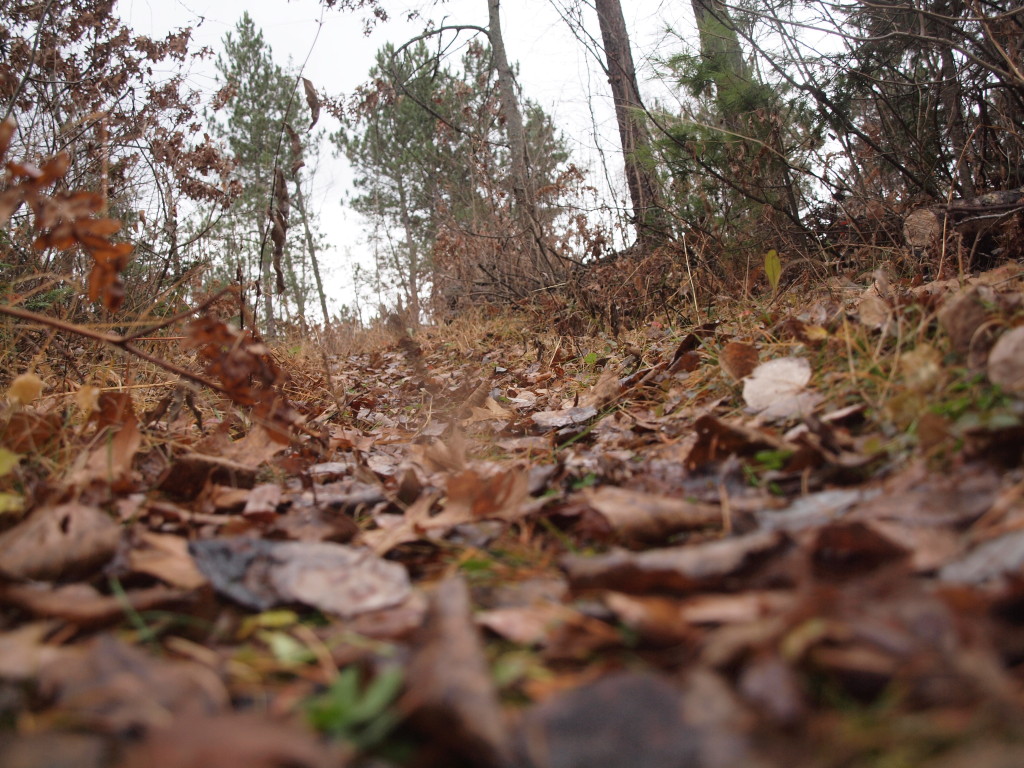