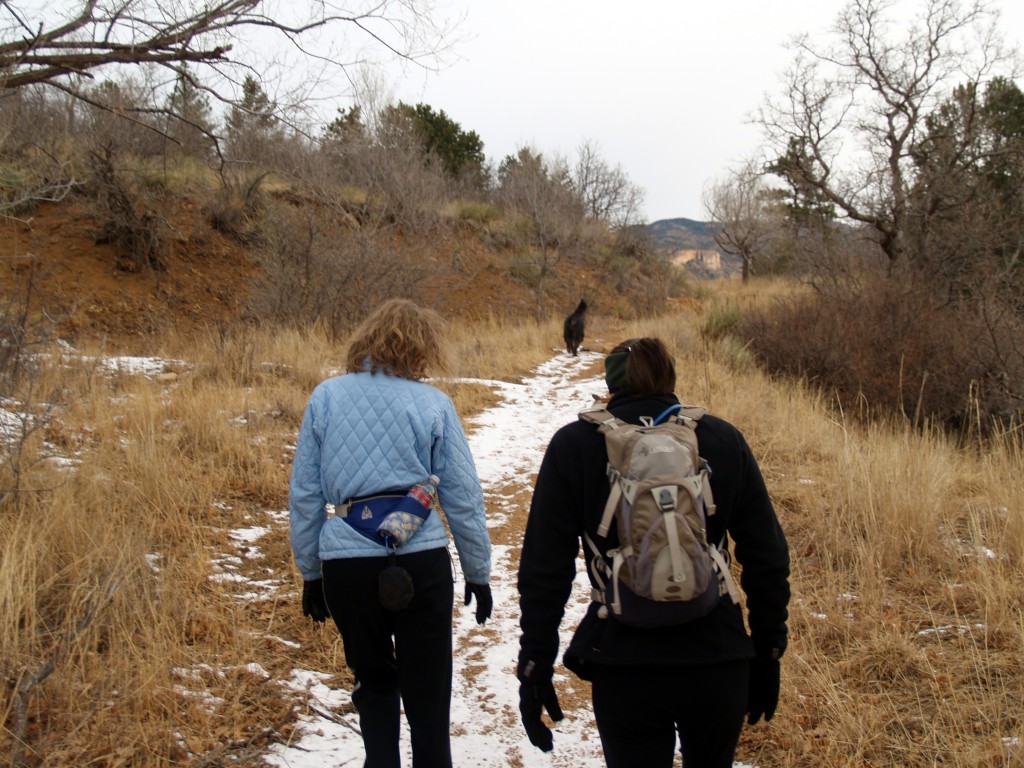 It’s almost that time of year again.  Most states’ trapping seasons begin around mid-October, and Minnesota and Wisconsin have now joined Alaska and a couple of western states in legalizing wolf trapping.  Traps will soon be set, and a lot of non-trappers will also hitting the trail—many of them with curious dogs.  Some are just out for a pleasant autumn hike with their dogs, and some are using their dogs to hunt birds like grouse or pheasant.

Inevitably, a small number of those dogs will end up in traps meant for wolves and coyotes.  Although the risk is small, it’s worth being prepared.   I know someone whose dog stepped in a wolf trap last fall.  Fortunately, he knew exactly what to do.  His dog is just fine.

This isn’t a scare-mongering tirade against wolf-trapping, and it’s not an attack on hunting in general.  (After all, it’s often hunting dogs that are especially at risk.)  No matter how you feel about wolves, hunting, or trapping, those traps are generally out there legally. If you’re a non-trapper who has strong misgivings about the whole business, that’s OK.  Please set those feelings aside for the moment and get ready for a quick lesson about traps and trapping.  What you learn in the next few minutes could save your dog’s leg, and maybe even its life.

(I’m not a trapper myself, so this will be very basic.  If you finish reading this post and would like to offer deeper expertise, feel free to do so in the comments.)

Although a quick Google turns up plenty of hits on this topic, some resources are more useful than others.  Many contain information that’s incomplete or unintentionally misleading.  Some sensationalize the dangers, while others minimize the risk and downplay the trauma your dog could experience if it’s caught in a trap.  I’ll do neither.  Here’s a quick overview, plus links to the best information I’ve found so far.

Some internet experts advise that your dog will be safe as long as you just keep it on a leash.  But for both you and your dog, running free is part of the fun.  And obviously, hunting dogs can’t do much pointing or retrieving when they’re on a six-foot leash.  What’s more, keeping your dog on a leash, even a fairly short one, is no guarantee of safety.

That’s because many traps are set right at the edge of trails frequented by wolves and coyotes—and also by hunters and hikers.  The whole strategy is to arouse the curiousity of animals passing by on the trail.  These traps are carefully concealed, and you’ll walk right by them without ever seeing them.  Even another trapper would be unlikely to spot them.  They’re baited with scent-based attractants that arouse the curiousity of all canids.  These are the traps your dog is most likely to encounter.  This doesn’t mean you should freak out every time your dog sniffs at something along the edge of the trail.  But the risk, however small, is real.

Your dog is less likely to step in traps set for animals like mink, muskrat, raccoon, or beaver.  It happens, but far less often—mainly because these traps are set in wetland areas and in or near water.  They’re typically places too wet for hiking or hunting upland birds, but not quite wet enough for hunting ducks.  So I won’t say much about these traps, except to mention that a small percentage of them are body-grip traps.  (Conibear, a a brand name like Kleenex, is often used generically to describe all traps of this type.)  They squeeze the entire animal, often around its neck.  Although they’re intended to be more humane than other trap designs, it will be very bad for your dog if it’s caught in one of these traps—especially if the trap is a larger model meant for beaver or otter.  It will be very difficult to get your dog free, and yet you’d better not waste time.  Every second counts.

Snares are used more rarely.  If your dog is caught in one, you may be able to release it by pulling back, not forward, on the snare’s sliding metal tab.  If that doesn’t work, you’ll need to cut the cable.  Since you won’t be able to do that with an ordinary multitool or pliers, consider carrying a special tool like this one.

Most traps used for wolves and coyotes, however, are leg hold traps that come in one of

two basic designs.  The first is a long-spring trap whose design hasn’t changed much in 150 years.  Some of these traps have two springs, one on each side.  You can release their jaws by simply stepping down on the spring(s).  If you’re not confident you’ll be able to do that, consider carrying a couple of ordinary C-clamps that you can use to compress the springs.

The other type is the coil spring trap.  These give you a much smaller tab to step on.  If you 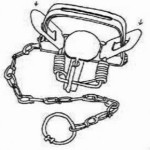 hunt or hike with your dog in places where there’s a lot of trapping, you could buy inexpensive trap-setting tools like trappers themselves use.  They slip on over that small steel tab to provide extra leverage.  But because long-spring traps are easier for trappers themselves to handle, I’m guessing they’re more popular in most areas.

Either way, releasing these springs can be harder than you’d think—especially since your dog will be hurt, scared, and struggling to escape.  To minimize injuries, try to keep your dog from twisting or pulling on its leg.  Experts advise that you wrap your dog in your jacket and/or loop a leash around its nose as a makeshift muzzle.  That won’t be easy, either.  If you’re hunting or hiking alone, these situations can be especially challenging.

But here’s the good news: The kind of traps used for coyotes, and even for wolves, probably won’t crush your dog’s leg and do serious damage.  Depending on the size of your dog, the trap’s jaws may not even break its skin.  These traps are designed that way, often with a built-in gap or rubber cushions on their jaws.  In fact, when government trappers catch wolves for radio-collaring, they use the same trap they’d use for lethal control measures.  The only difference is in what happens next when they check their traps.  Most wolves can be safely released from these traps with no injuries whatsoever.  With luck, and with a little preparation and know-how, so can your dog.

For more details, here’s a pamphlet from Alaska DFG: trap_safety_for_pet_owners.  Better yet, follow the link in the next paragraph to see a great five-part video tutorial with Carter Niemeyer, author of Wolfer: A Memoir

.  He’s a wolf advocate and retired USDA Wildlife Services trapper who really knows his stuff.  He’s spent a lifetime handling traps; notice how confidently he demonstrates the grip of a wolf trap by letting one close on his gloved hand.  (Kids, don’t try this at home.)  But note, too, how even someone with his skills and experience has trouble releasing the coil-spring and conibear traps.  And in these videos he’s not simultaneously dealing with a frightened, struggling dog.

If you hike or hunt with a dog in wolf country, these videos are well worth watching.  Click here to see Part One; as you watch each segment, you’ll see a link to the next one in the upper-right corner of your screen.

Stay safe out there.  And if your dog does step in a trap, don’t panic.  It will panic enough for both of you.  Be your dog’s calm, reassuring human, and things will probably turn out OK.

2 thoughts on “Today’s DEERLAND PSA: How to Safely Release Your Dog From a Trap”