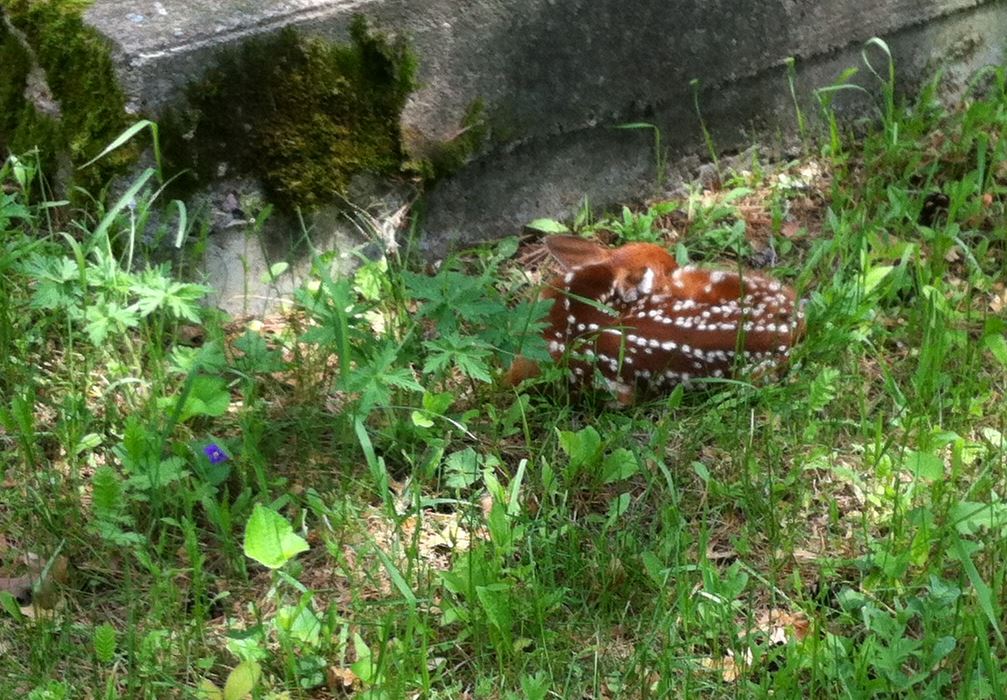 In my previous post, originally written about this same time last year, I reminded readers to not “rescue” fawns that appear to be abandoned by their mothers. Later, go ahead and check out that post for more details.  But here’s the short version: If you spot a fawn that appears to abandoned and doomed, it probably isn’t. When fawns are very small it’s safest for them to remain behind while Mom is out foraging. She may be gone for hours at a time—or even all day.  But she’ll be back.

The fawn is neither abandoned nor doomed—but it probably is doomed if well-meaning humans decide to rescue it.  Every year about this time, animal shelters get a flood of phone calls—and even drop-ins—from people who had good intentions but should have left that non-abandoned fawn right where it was.

After all my preaching about this, I now have new empathy for people who are tempted to rescue “abandoned” fawns. Two days ago we spotted a days-old fawn at the edge our lawn, not fifty feet from where I’m writing this. It walked a few steps on very shaky legs, then settled down into some grass about six inches high. It was invisible. Even through binoculars, I could only see its ears.

Then yesterday morning I walked over to take a picture of the spot where it had bedded down. The grass was still flattened, and when I included my size 11 foot for scale, it was clear that the flattened area was very small indeed.

When I turned around and walked back toward the house, there it was—nestled right against the concrete slab under our deck. For the next twelve hours, it didn’t move more than a few inches.  Nearly every time I tiptoed to the edge of the deck and peered over, it was asleep. Or was it dying?  Was it starving?  Was it OK?  Maybe it really was abandoned.  Was its mother ever coming back?

This morning it was gone—but not abandoned. 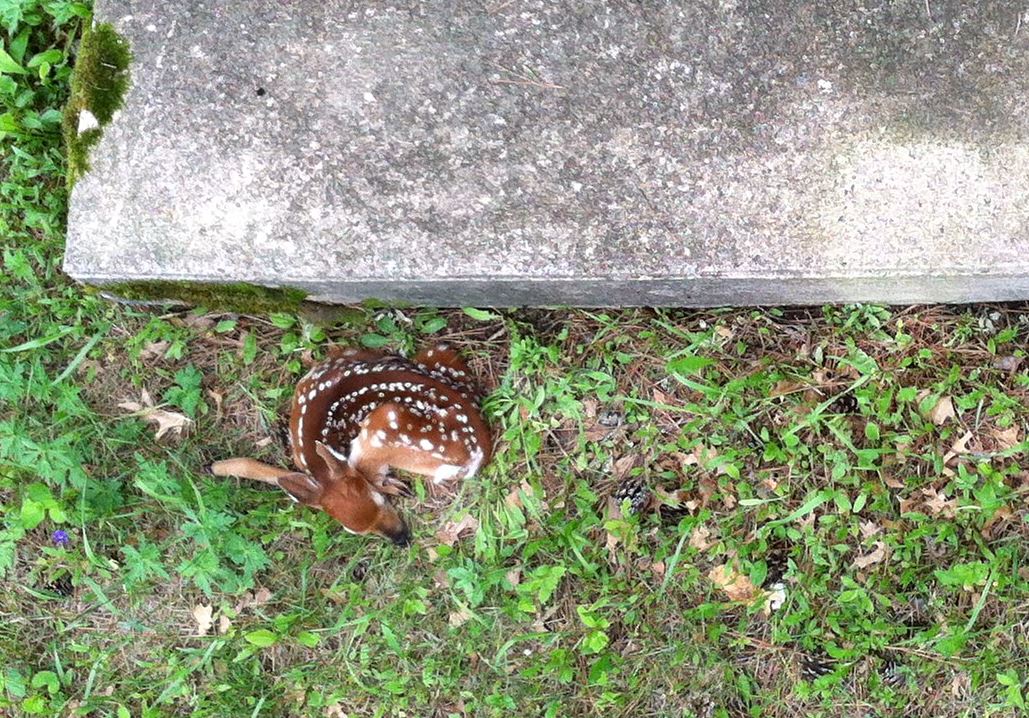