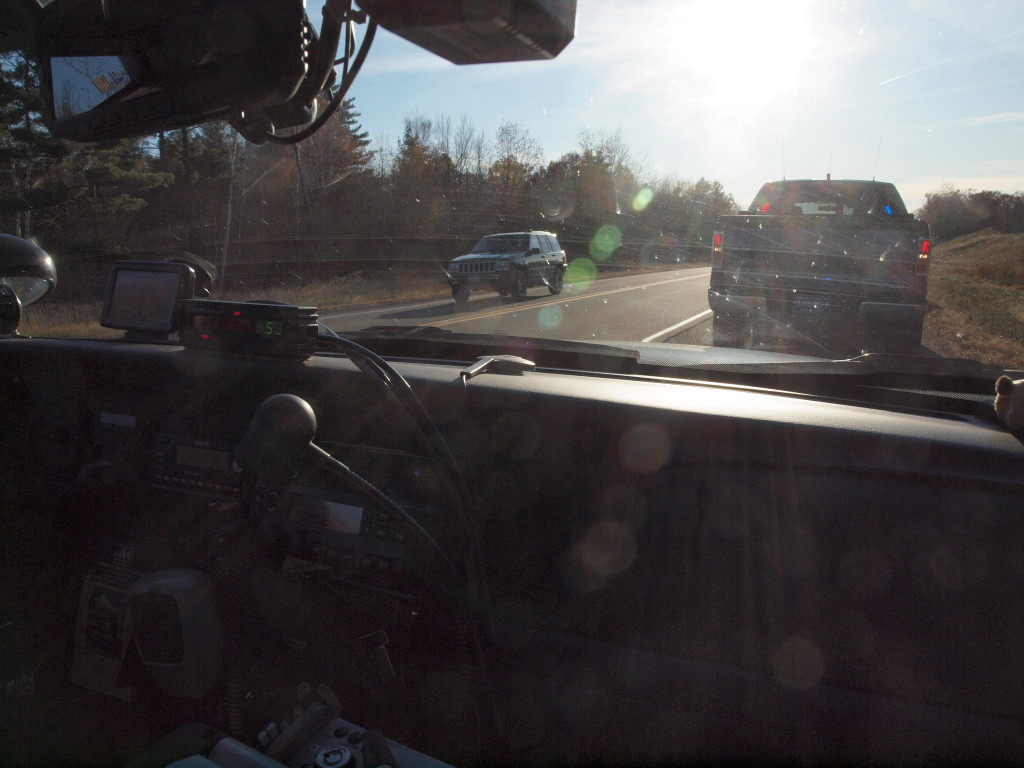 We interrupt our regularly scheduled blogging for this important public service announcement.  Please read it and heed it.  This message could save your life.  Seriously.

The overwhelming majority of deer-vehicle crashes result only in damage to the vehicle, with no human injuries or fatalities.  The exceptions almost invariably occur when drivers swerve to miss a deer.  When they do, they often swerve into oncoming traffic, into a roadside oak tree, or over a steep embankment.  Don’t do that.

You’ll hear these same words of advice from me, the insurance industry, and state wildlife agencies everywhere.  If you don’t believe us, believe the state troopers and body shop technicians.  These people have seen it all.  As part of my research for DEERLAND, I rode along with a state trooper and interviewed a couple body shop guys.  I learned different things from all of them, but they all told me the same thing: Don’t veer for deer.

The guy in the picture below is Awesome George, owner of Awesome Auto Body in Minong Wisconsin.  George knows deer crashes.  (And yes, that explains that crumpled hood in the picture.) There’s not much stop-and-go traffic in George’s neighborhood, and it’s over an hour’s drive to the nearest mall parking lot.  This explains why he owes over 60% of his business to deer-vehicle crashes.  Most of his other business results when people drink and drive.  His job security, in other words, is 100% guaranteed by deer and beer.

His words of wisdom: “Don’t swerve.  Hit the damn deer. You’re worth more than a deer or a car.  And your car can be fixed.  Your neck can’t.  Your car?  That’s what insurance is for.  Sure, as long no one’s tailgating you, go ahead and hit the brakes.  If you have time to stop, stop.  But don’t swerve and risk your neck over a deer—or even a dog or a squirrel.  Believe me, I’ve seen it happen.”

His advice is especially timely; there’s a reason I’m posting this special PSA on October 1.  Pretty much everywhere in North America, October and November are the two most likely months for deer-vehicle collisions.  Hunters and biologists call this season “the rut.”  Newspapers and family-oriented publications generally refer to it more gingerly as “deer mating season.”  Either way, deer are distracted.  Let’s just say their little deer minds are on other things, and they don’t always remember to look both ways before crossing the street.

This is also the time of year when State Farm issues its annual report on deer collision statistics.  Here are two stories about the latest numbers, one from Bloomberg and the other from an insurance industry website called Claims Journal.  Bottom line: In many states, crashes are down slightly because deer populations are down—primarily due to the spread of Epizootic Hemorrhagic Disease (EHD).  On the other hand, the average cost of each claim is up slightly this year.

I’ll let you read the articles and study the details for yourself.  For now, just remember this: Stay alert, stay sober, and watch for deer—especially at dawn and dusk.  That way you won’t become a statistic.

And most of all…  Don’t veer for deer. 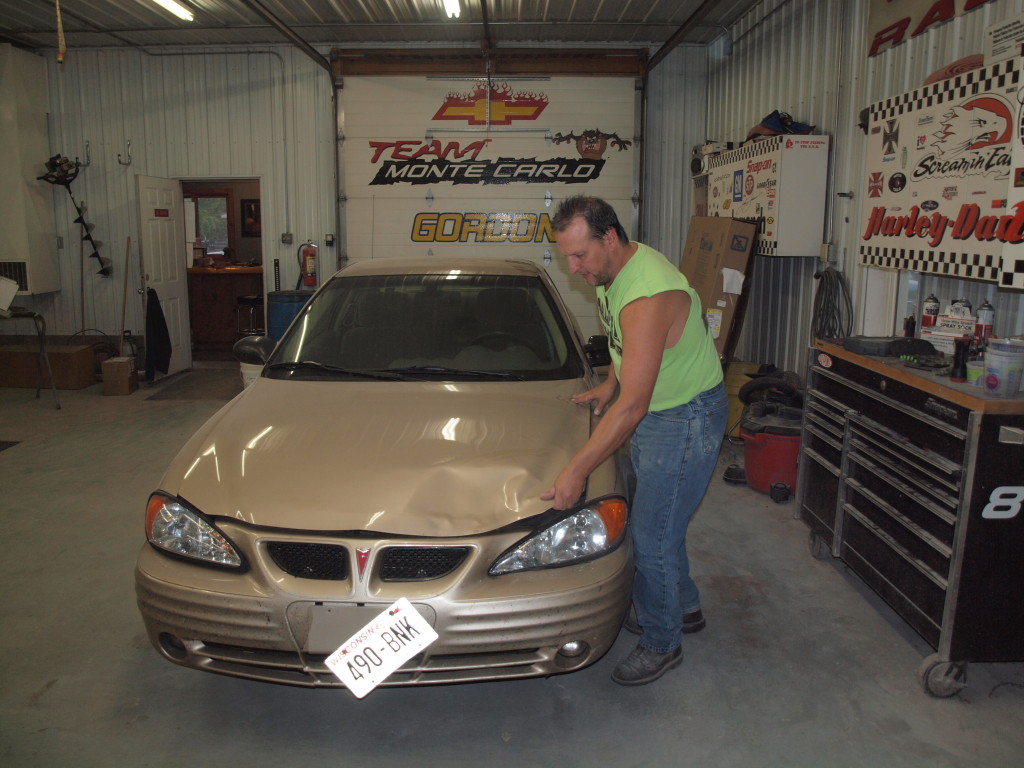 3 thoughts on “Don’t Veer for Deer”