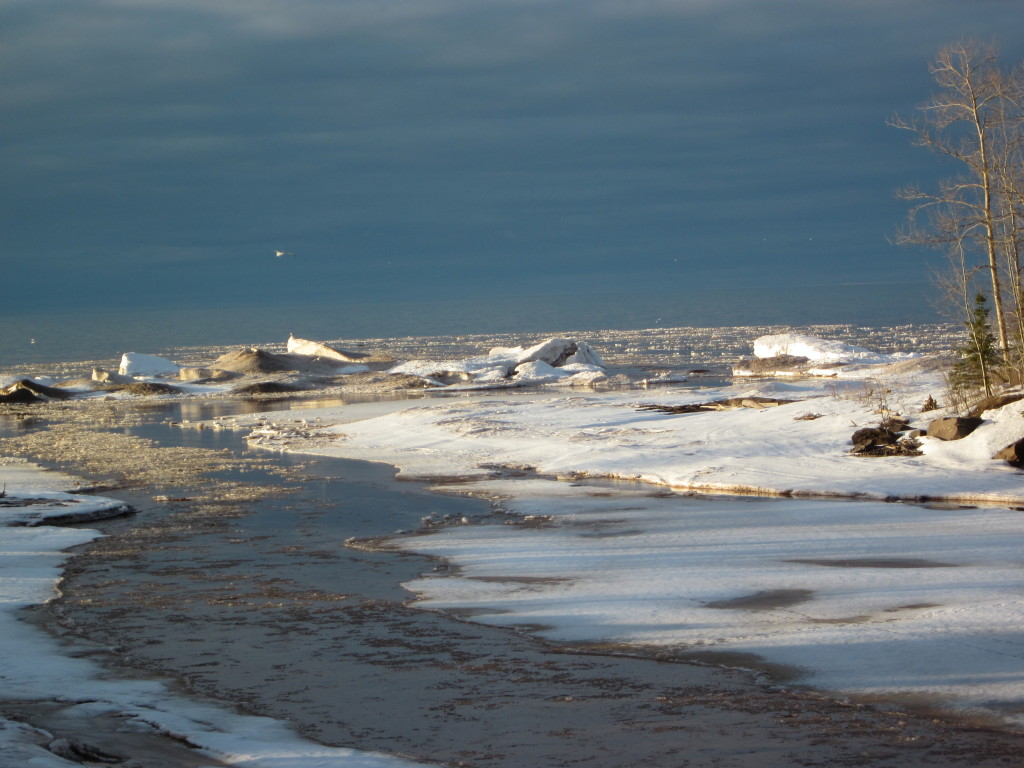 Last week I spent two fascinating days at the Midwest Wolf Stewards conference.  I learned a lot, and it would be tough to summarize fourteen hours of presentations in a brief blog post.  Next time, however, I’ll share a few highlights.  But first, a digression about the weather.  Except it’s not really a digression.  As usual, it’s all about the deer.

This year the conference was held at a hotel and conference center in Silver City, Michigan.  This is a very tiny town in Michigan’s Upper Peninsula.  It’s still mostly closed up for the winter.  I arrived late the afternoon before, learned there’d be nothing in town to eat that night but frozen pizzas at the bar, and decided to make a run to the nearest grocery store.  It was 14 miles away.

Silver City is on the south shore of Lake Superior, just at the mouth of the Big Iron River.  The night before the conference I went for a walk and snapped a few pictures.  I decided they’d be more fun than shots of wolf biologists sitting around in a conference room.

As you can see, spring is arriving slowly in this part of the world.  That evening’s sunshine didn’t last; the next day was dark and drizzly.  Two days later, on the way back from the U.P. to NW WI, I drove through rain, sleet, and then a blizzard for the last hour or so.  After I arrived home, we were blessed by another 18” of heavy, wet snow.  That night, with the window open just a crack, we fell asleep to the sounds of white pine branches breaking.  By the interval that passed between the snap and the thump, we were able to tell roughly how high the branch had been.

Parts of Michigan’s Upper Peninsula received over 20 feet of snow this winter.  It’s not easy being a deer in that neighborhood—or even in my own.  Some deer have already expired and been scavenged by wolves.  Others waded slowly through deep snow and fell prey to wolves whose oversize paws allowed them to float on the surface.  But of all the deer that don’t make it through an entire winter, a disproportionate number of them almost do.  To quote T.S. Eliot slightly out of context: “April is the cruelest month.”

In an unusually hard winter, a large percentage of deer don’t survive.  Of those, most expire in April, right before the spring green-up.  Last year’s fawns are hit hardest.  Surviving does will have lower birth rates; rather than twins and triplets, most will give birth to one fawn or none.  These fawns, in turn, will experience higher rates of neonatal mortality—and may even be more vulnerable next winter.  Let’s hope it’s an easier one.

But the thing is…  Across much of the whitetail deer’s northern range, all these things happen during milder winters, too.  Only the numbers and percentages are different.  Nature is nothing like those Disney movies I loved to watch when I was a little kid.  In particular, it’s nothing like this winter scene from Bambi.  And by the way…  The legs of real deer don’t bend that way.  If deer fall on the ice and all four legs splay out like that—which does sometimes happen—the deer don’t get up.  Ever.

Sorry.  That was a little depressing.  I don’t know what the hell got into me.  Next time I’ll try and do better.  Until then, here’s another sunny springtime photo. 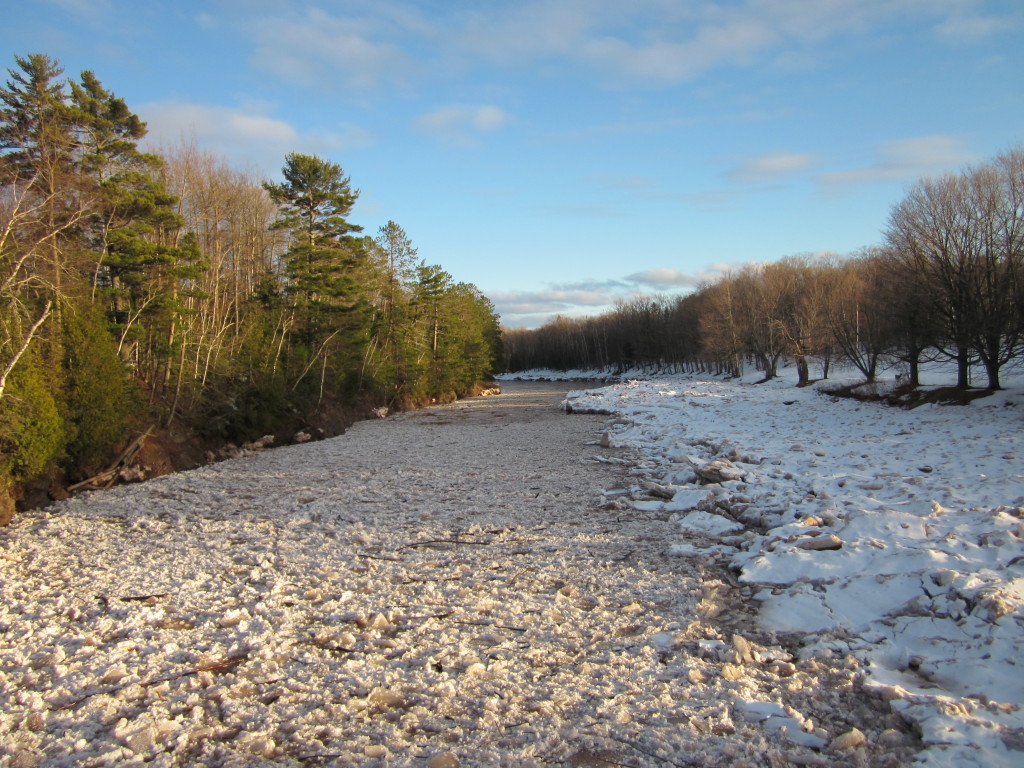 2 thoughts on “For Deer in the North, April is the Cruelest Month”