Today’s post has nothing today with tavern toilets, and it has nothing to do with drinking establishments located in a certain neighborhood of Queens, NY.  It’s actually about a very sobering, serious subject.

I first learned about it in a recent issue of the Whitetails Unlimited magazine.  (In my last post, I described the scene at my local WTU banquet.  A fun evening, and lots of raffles and prizes.  That’s where the money comes from.  Here’s a great example of where it goes.)

In this context, “flush” means to scare an animal or bird up out of the cover where it’s hiding.  As an example, grouse and pheasant hunters often speak of them or their dogs “flushing” a bird from cover.  Many prey species, especially juveniles, have a strong instinct to not flush.  Normally, their best chance for survival is to stay hidden until the danger is past.  If you’ve ever been out in the woods and found yourself being startled by a grouse, rabbit, or deer that waited to flush until you’d almost stepped on it, that’s the explanation.

It’s a great survival strategy—or at least it is until wildlife encounters modern farm machinery.  That’s especially true for hay mowers.  When birds or animals frightened by the sound of an approaching mower decide to hold still, hunker down, and wait until the danger is past, it’s often the last bad decision they’ll ever make.  Every year, this happens to untold millions of grassland birds—and also to various other creatures, both avian and mammalian (including, of course, deer).  And also, for that matter, the odd reptile or amphibian.

Enter the Flushing Bar Project.  These devices, like the one shown above, are intended to 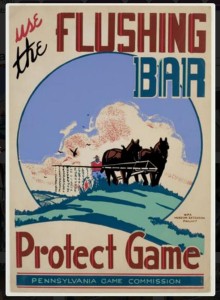 makde wildlife flush safely ahead of mowers and other equipment.  Most variations use a similar design, with a horizontal boom that has several chains hanging from it.  There’s usually some sort of counterweighted pivot system that allows the boom to be raised when driving through a gate or on public roads.  The example in the photo is the only known commercial flushing bar; it was made by Ferguson back in the 50s.

Why none since then?  Good question.

Now, with a little help from WTU and other organizations, a new generation of inventors and tinkerers is welding together new prototypes.  All of the manufacturers selling hay mowing equipment have also been invited to join the project.  But today tractors are larger, some equipment fits on the front of them, and many farmers are using machines that come in standalone, self-propelled configurations.  The Flushing Bar Project is designed to bring innovators together, share information, and find solutions.

Mark Ludwig of the Alleghan, MI conservation district is one of the people behind the project.  He was quoted in the WTU magazine as saying the bars deployed in 2012 were very effective in flushing deer.  “In fact, fawns were jumping well ahead of the chains, which is not quite what we expected.  Other game animals were also flushing well, including turkeys, pheasants, and ducks.”

If you farm, none of this will be surprising.  If you don’t, and if you have an overactive imagination like mine, this quote conjures up rather gruesome sights and sounds.  Because apparently without the flushing bar, a lot of fawns are not jumping well ahead of the mower.  Neither are a lot of recently hatched turkeys, pheasants, and ducks—not to mention all the “non-game” species of birds and small mammals.  Of special concern, it seems, are grassland birds like eastern meadowlarks, horned larks, and bobolinks.

The Flushing Bar Project.  An idea whose time has come.  Again.  To learn more, see photos and videos, and get involved, click here.

Update: I was just in touch with Laura Erickson, who hosts the radio show For the Birds.  She reminded me that although flushing bars would flush adult birds, the nest, nestlings, and eggs would still be destroyed.  Mowing that first crop of hay a little later can help.  But, as she says, “It’s a tricky issue.”  There are no easy answers.  Still, if farmers were to use a flushing bar and mow a bit later…. 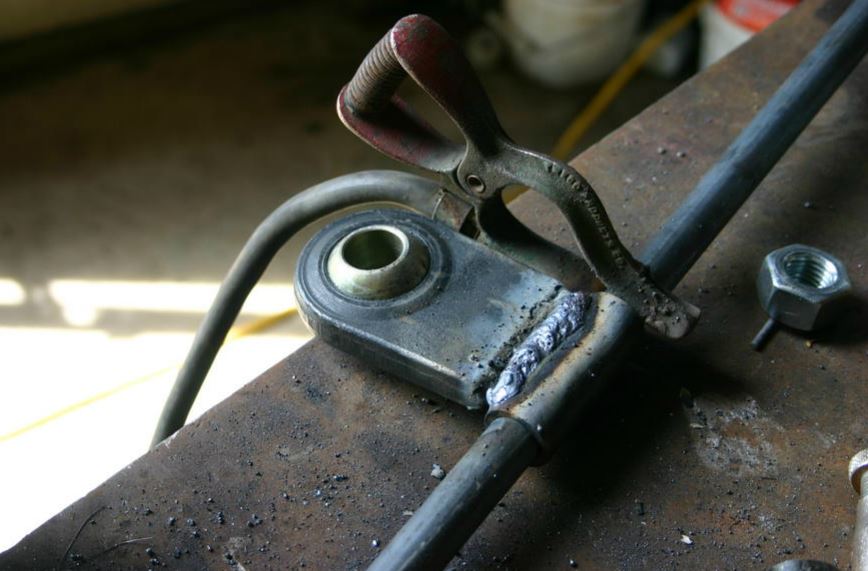