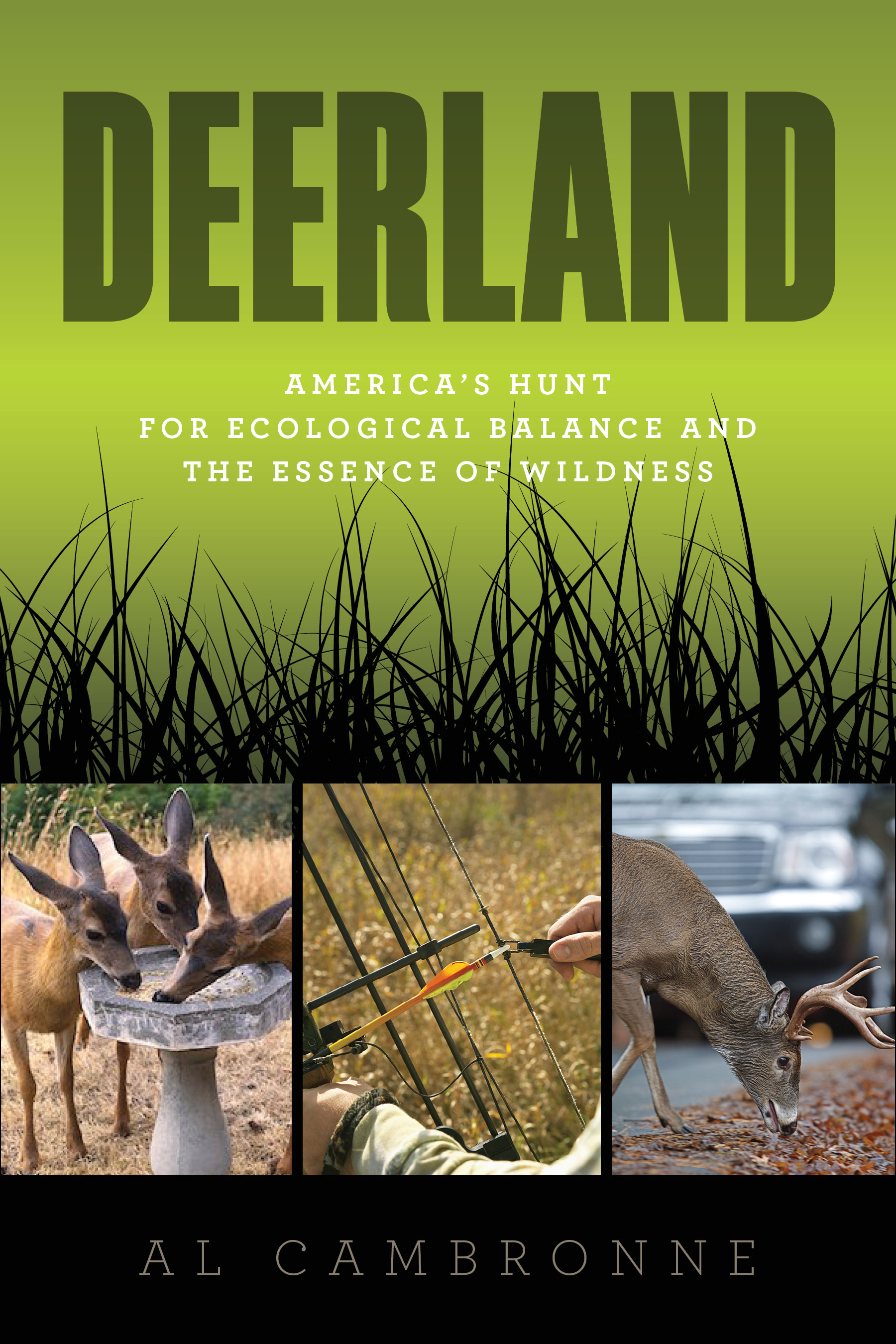 I’m excited.  DEERLAND: America’s Hunt for Ecological Balance and the Essence of Wildness will soon be on its way to print, and I can now show you the final version of the cover.  I love it.  I think the designer did a great job.

The three images suggest much about certain aspects of the story I tell in DEERLAND.  But that’s just the beginning.  To me, the overall design feels just right.  The green suggests that DEERLAND is at least in part an environmental story (it is), and yet it’s a dark green.  That’s fitting; as much as we might love deer, they do have a darker side.

The whole scene feels vaguely menacing, and somehow reminds me of the movie poster for JAWS.  That’s fitting, too.  As I noted in my last post, car crashes make deer the deadliest animal in North America.  So never mind grizzlies, wolves, rattlesnakes, or sharks.  Instead, fear deer.  (But do not, if I may slip in a brief PSA, veer for deer if one steps out in front of you when you’re driving down the road.)

Our subtitle was also the subject of careful thought and much deliberation.  It needed to tell readers what the book was about, hint at even more, be short enough to remember, and trip lightly off an interviewer’s tongue when only seven seconds remain until the break.  “The book is DEERLAND: America’s Hunt for Ecological Balance and the Essence of Wildness.”  I think it works.