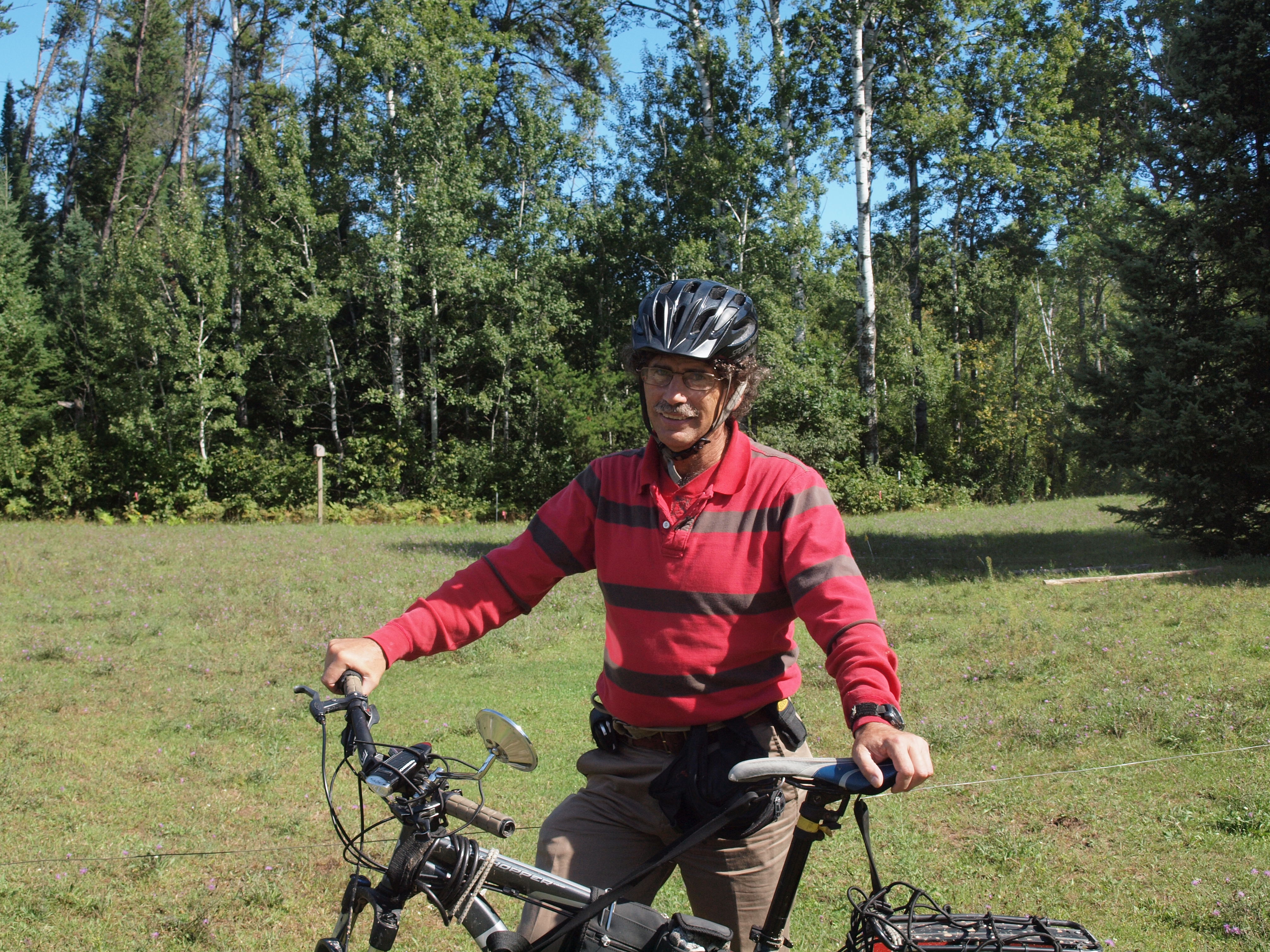 It’s a beautiful spring day.  Depending on where you live, today might be a good day for a ride—quite possibly your first of the year.  Expect to see a lot more cyclists and motorcyclists on the road during the weeks to come.  And also, of course… deer.

The guy in the picture is Dan Rogers.  He’s one of the people I interviewed for my chapter on deer-vehicle crashes.  The title of that chapter is “The Deadliest Animal in North America,” and it’s no exaggeration.  Never mind sharks, rattlesnakes, or grizzlies.  Instead, every time you drive or ride, fear deer.

Statistically, car crashes truly do make whitetail deer the deadliest animal in North America. Last year an estimated 1.5 million deer-vehicle crashes resulted in about 150 human fatalities, over 10,000 injuries, and insurance payouts of over $3.8 billion. The total cost for vehicle repairs and medical or funeral bills was undoubtedly far higher.

A disproportionate number of the fatalities involve motorcyclists. The odds are not in their favor.  One of the other people I interviewed for this chapter of Deerland was state trooper Dean Luhman.  As I rode along with Dean during his afternoon and evening shift, I learned a lot about car crashes, roadkill, and how all this works behind the scenes.  It’s quite a story.

Dean mentioned that he’s been to the scene of three deer-motorcycle crashes, and all three were fatal.  He actually saw one crash happen; the rider was about a quarter mile in front of him when the deer came out of the ditch.  He figures the guy never saw it, and it pretty much tackled him right off his bike.

I could tell from the way Dean told these stories that all three crashes were unsettling, even for someone who’s seen as much as he has.  Here’s the thing: If you hit a deer while driving, you’ll be making a trip to the body shop. If you hit one while riding, especialy if you’re not wearing a helmet, you’ll probably be making a trip to the morgue.

Dan Rogers is one of the rare exceptions. He’s a motorcyclist who collided with a deer and lived to tell about it—despite the fact that he wasn’t wearing a helmet at the time. The lingering effects of his TBI, however, can often make it difficult for him to tell about it in an organized, coherent way.  That said, he’s made incredible progress over the past couple years.  It’s taken the help of some great doctors, a couple of top-notch neurosurgeons, and an entire team of skilled physical, occupational, and speech therapists.  It’s been a long road, and he still has a ways to go.

For now, at least, Dan isn’t able to ride a motorcycle or drive a car.  He does, however, still enjoy bicycling.  Every time he rides he wears a helmet.  If you’re riding, especially if you’re riding a motorcycle, he suggests that you wear one, too.  Maybe slow down just a little.  And watch for deer.

2 thoughts on “Time for a ride through Deerland?”