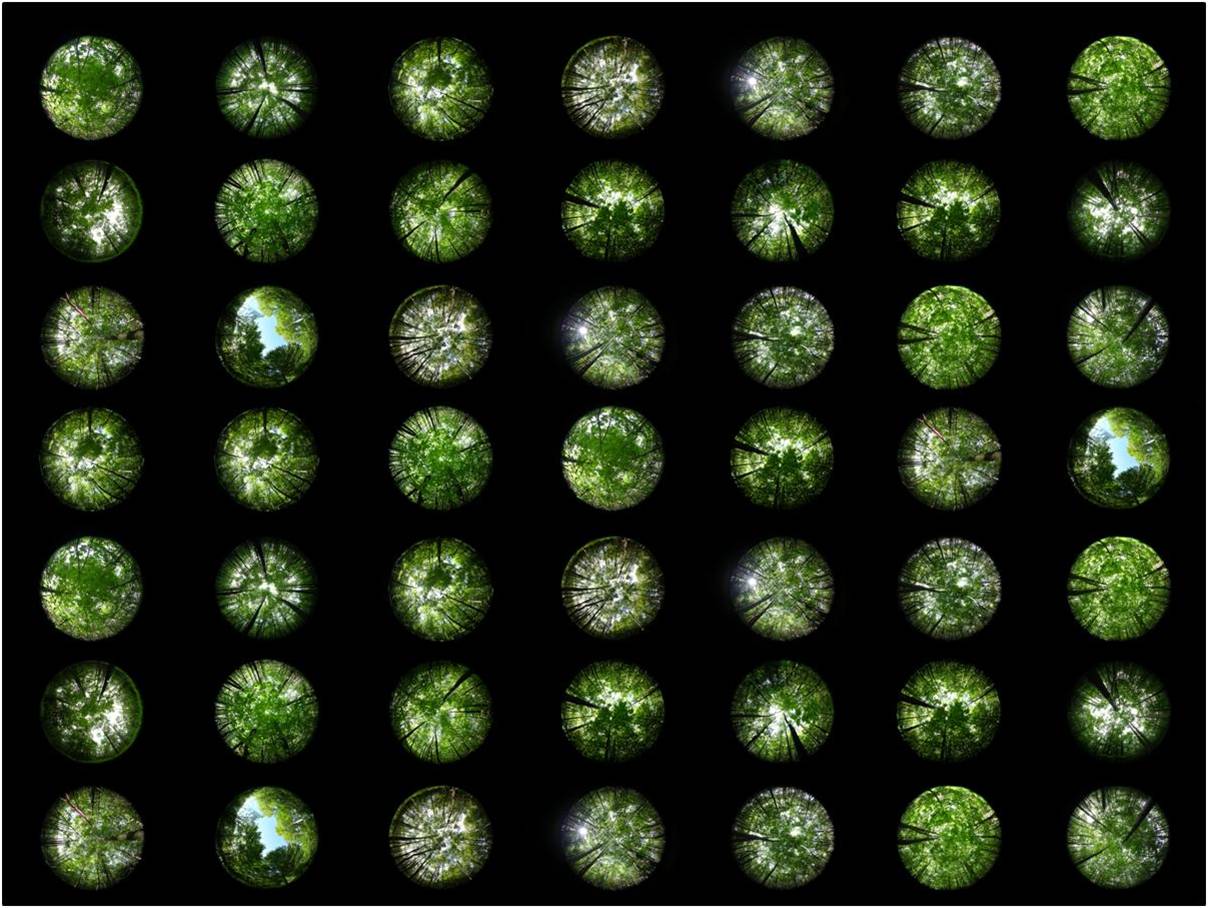 Here in northern Wisconsin, it’s a cold, gray day in late January.  It’s time for some green leaves, blue skies, and bright sunshine.  For now, we’ll have to settle for these photos, which also happen to have great scientific value.  They’re part of an ingenious technique botanists have developed to measure canopy foliage density and leaf area indices.

Using a specialized digital camera with a ultra wide-angle lens that covers a full 180 degrees, they aim straight up from the forest floor and take hundreds of hemispheric canopy photos.  When captured on a cloudless day with bright sunlight filtering through the canopy, these photos can be quite beautiful.  But as much as one might enjoy their aesthetic value, they’re studied most closely by a piece of software that analyzes the light patterns and uses certain mathematical relationships to obtain a measure of foliage density at that particular location.  Average out the results for multiple photos, and you get a single foliage density value for each stand.

It’s just one of many tools ecologists use to measure the long-term impacts of overabundant deer on the forest ecosystem.  I recently talked with Dr. Timothy Nuttle to learn more about his latest research, which has to do with deer and birds.  “Short-term,” he told me, “we know that too many hungry deer can eliminate the habitat where ground-nesting and midstory birds eat, nest, and rest.  But here’s the question: How does herbivory by whitetails affect bird communities in the long term?  As whatever trees are left behind by deer eventually grow and mature, how do those effects extend to birds in the canopy?”

“The details are complicated,” he told me.  “But we found that one simple relationship 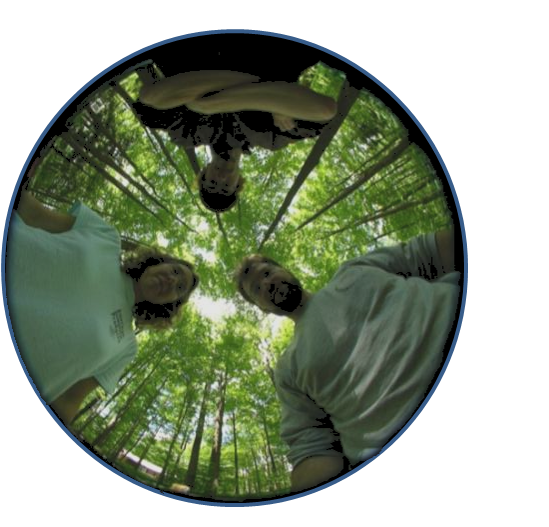 seems key.  Both deer and caterpillars like to eat leaves from the same trees, and for the same reasons.  They’re more delicious and digestible than the leaves on other trees.  If deer eat those leaves first, before the seedling or saplings can even turn into trees, then caterpillars don’t get them.  Fewer caterpillars in the canopy, fewer birds.  So apart from deer eating the places where birds would nest and rest, the closest link between deer and birds is caterpillars.”

In one recent paper, Nuttle and his co-authors describe “a five-step trophic ricochet” that occurs in a forest with too many deer: “top-down release of ungulates has shifted forest tree communities to less palatable species that present a less dense food resource (foliage) for canopy herbivores (caterpillars) and their predators (insectivorous birds).  Furthermore, this browsing legacy persists long after ungulate density has been equalized and trees have escaped browsing by growing into the canopy.”

How long?  Decades, and in some cases even centuries.  It’s an ugly but inescapable conclusion.  Still, the photos are beautiful.