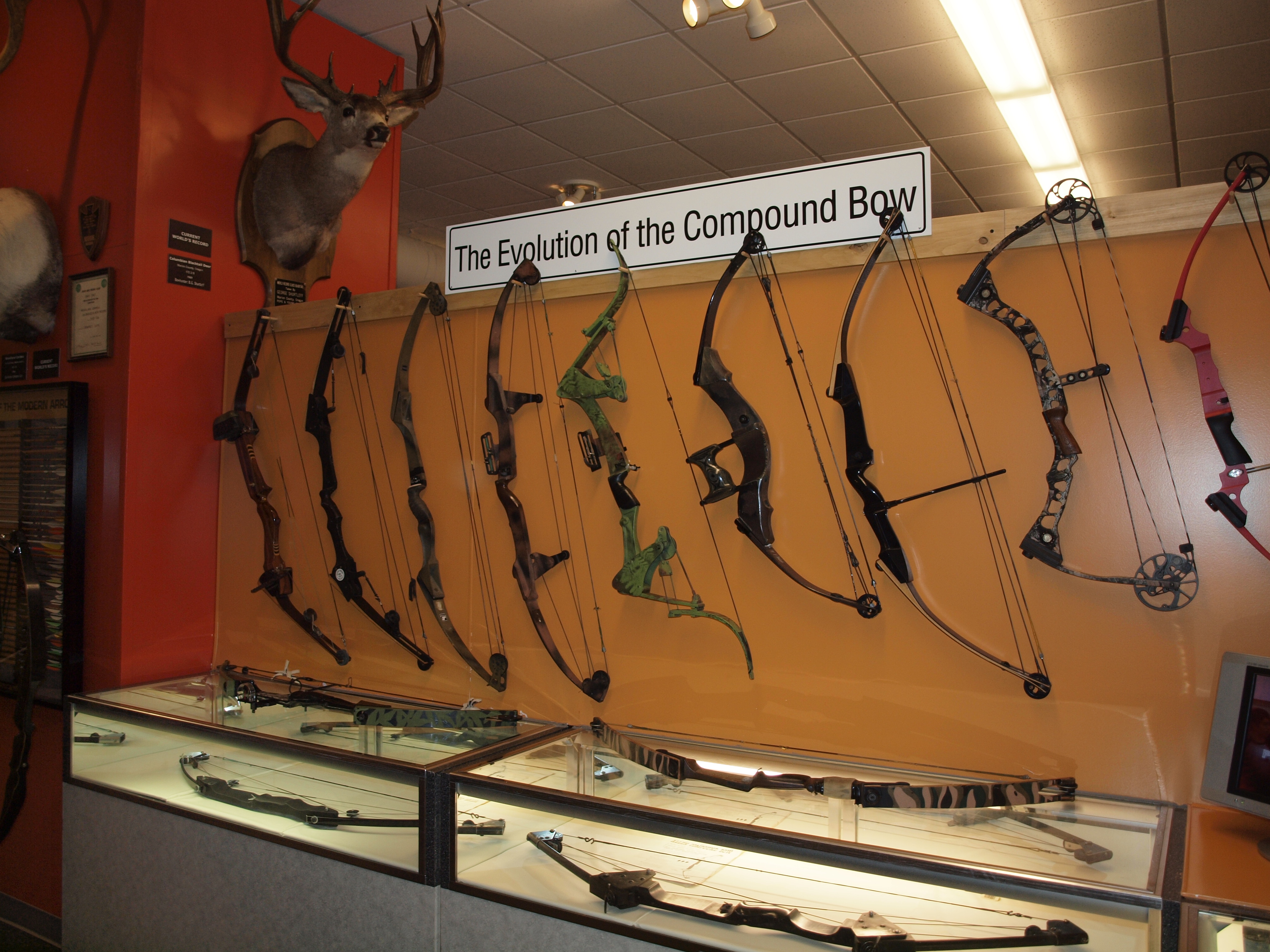 Last month I sat down for a fascinating visit with Glenn and Kevin Hisey at the Pope & Young Club headquarters in Chatfield, Minnesota.  For the Hiseys and their handful of employees, it’s a full-time job administering the Club’s records, membership, and conservation programs.  They’ve also built the museum into the world’s largest publicly displayed collection of bowhunting artifacts and memorabilia.

Before I interviewed them for my Deerland chapter about the American outdoor industry (which could almost, of course, be described as the American deer industry), Glenn gave me a guided tour of the P&Y museum.  I found fascinating the story of North American bowhunting’s 20th century reboot.

To provide context for the collections to come, we began with a series of exhibits and 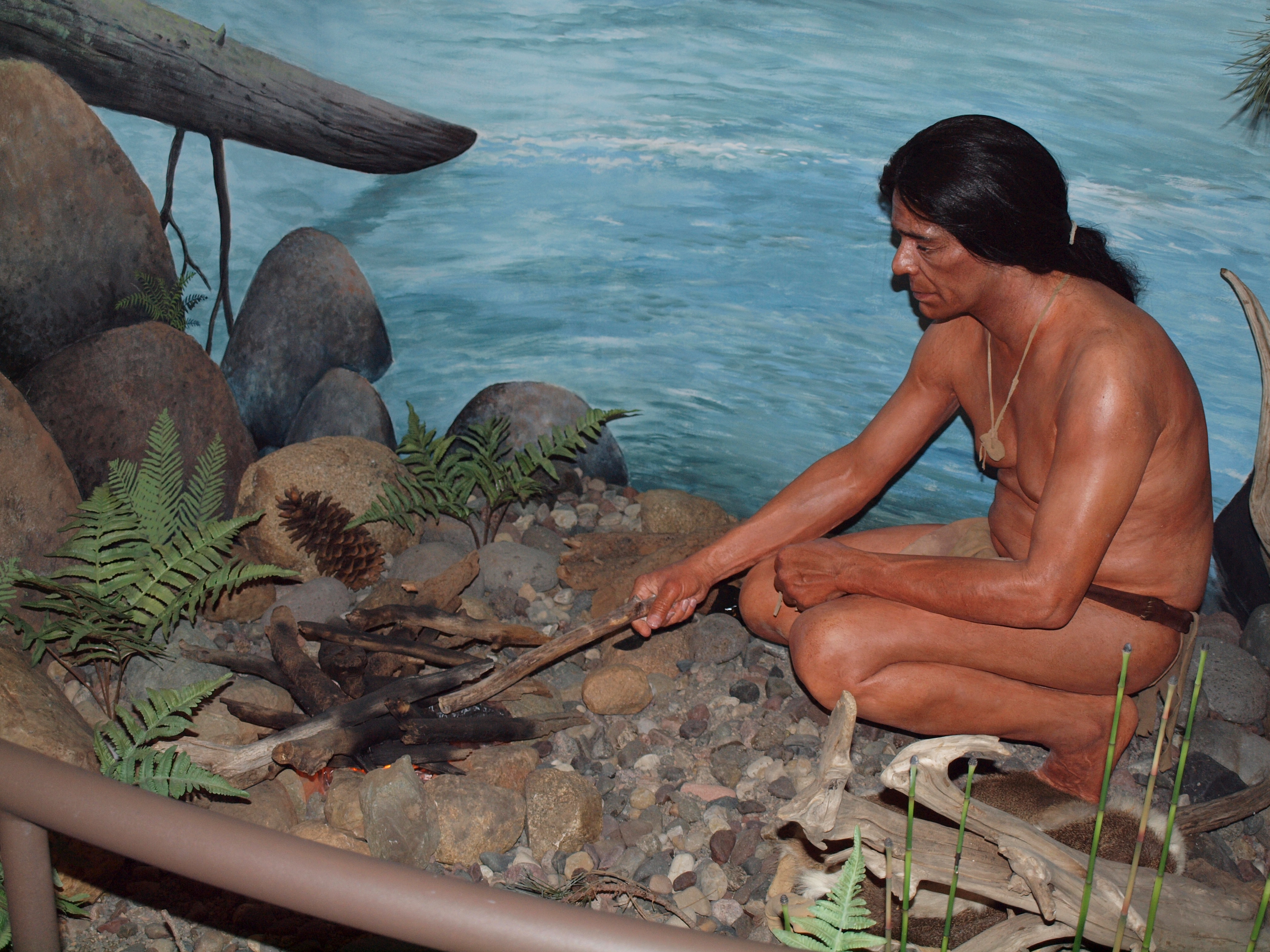 dioramas:  A century ago, Ishi squatting beside a campfire at Deer Creek.  In 1918, Saxton Pope with a bow and a bear.  In 1922, his friend Arthur Young packing out moose antlers in Alaska.  In 1925, Pope and Young on safari in Africa.  A photo of Howard Hill as Errol Flynn’s archery double in The Adventures of Robin Hood.  Fred Bear in his trademark Borsalino hat.  And more.

I should emphasize one thing, however.  Much to its credit, the P&Y museum does pay respectful tribute to earlier bowhunters.  But by early in the 20th century, very few Native Americans still hunted with bows.  Almost no Euro-American newcomers did.  Bows and arrows were toys, not tools.

Back then, bowhunters had a tough time convincing fish and game departments otherwise.  They were in roughly the same position as today’s atlatl advocates.  Bowhunting was illegal in most states, and officials didn’t believe the bow was an effective weapon for taking big game—this despite the obvious fact that a hundred generations of non-vegetarian Native Americans had been using them to bring home the venison.  (Today’s trivia: Although he’s today best remembered for other reasons, one leader of the legalization effort was a young bowhunter and biology professor from Wisconsin name Aldo Leopold.  Later he’d gain greater fame as a patron saint of environmentalists and nature lovers everywhere.)

Glenn told me this debate about the effectiveness of archery equipment was one reason for the Club’s founding in 1961.  (And yes, the P&Y Club just celebrated its 50th anniversary this year.)  Once bows were used to harvest a long list of trophies that included larger animals like elk, moose, bison, black bear, and even grizzly and polar bears, their effectiveness against a 75 to 150-pound whitetail deer would no longer be in dispute.

As you can imagine, the museum includes a fair amount of taxidermy.  More interesting for 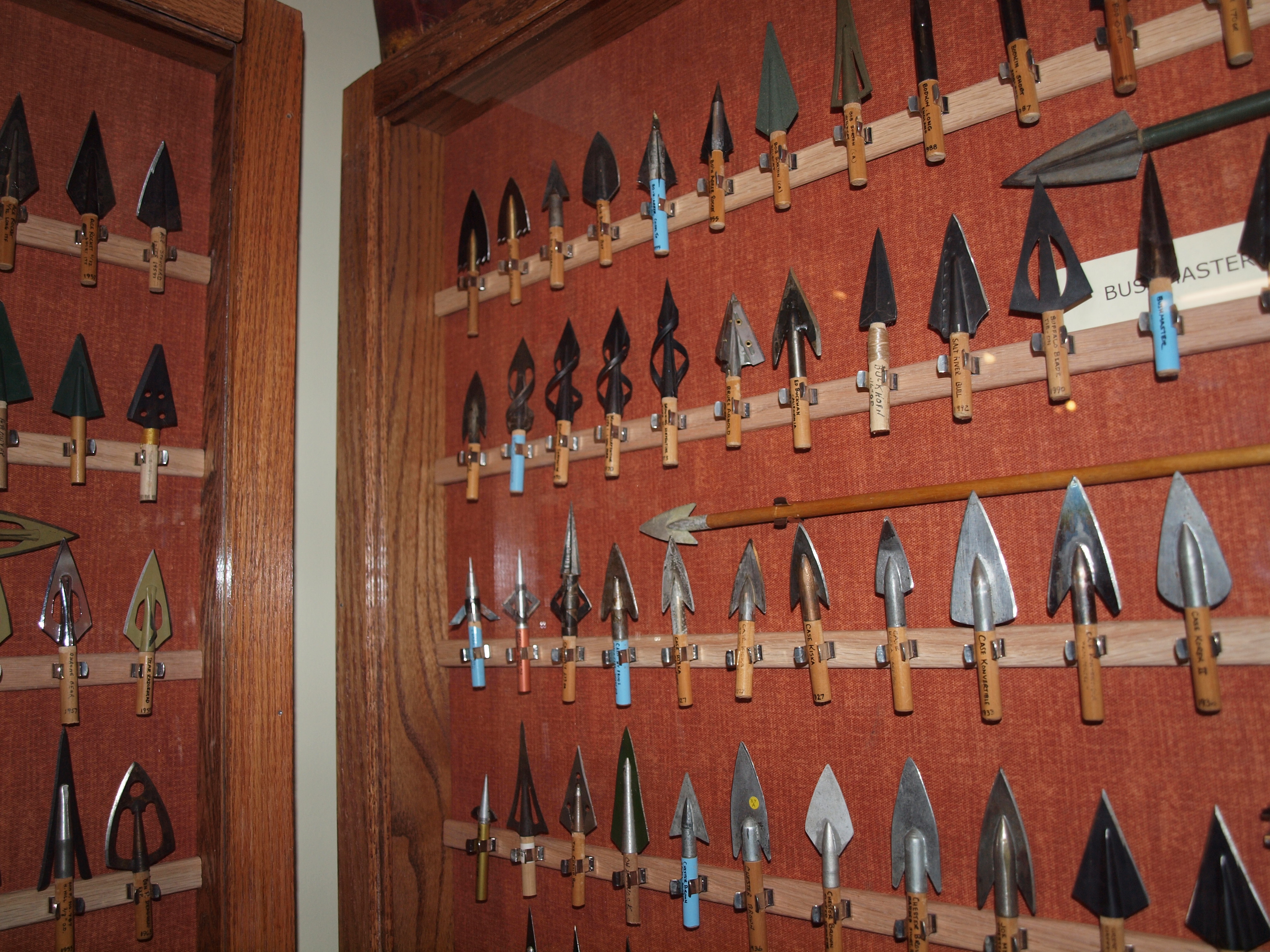 me, however, were the bows, arrows, and stone and steel points of every design imaginable.  As we wound our way through the exhibits, time and technology marched on.  Then, quite suddenly, we literally and figuratively turned a corner in the history of archery.  The next wall was labeled “The Evolution of the Compound Bow.”  That’s when technology stopped marching and started sprinting.  The display ended with the latest model from Mathews.

Already, however, the exhibit was out of date.  At Mathews a new 2012 model had been unveiled two days earlier, just in time for the company’s upcoming 20th anniversary.  It was called the Heli-M.  (It’s pronounced like “helium.”  Apparently it’s quite light.)  My next stop was Sparta, Wisconsin, where I’d learn how the company’s history and growth over those 20 years has paralleled that of the sport itself.  I also wanted to check out that new bow.