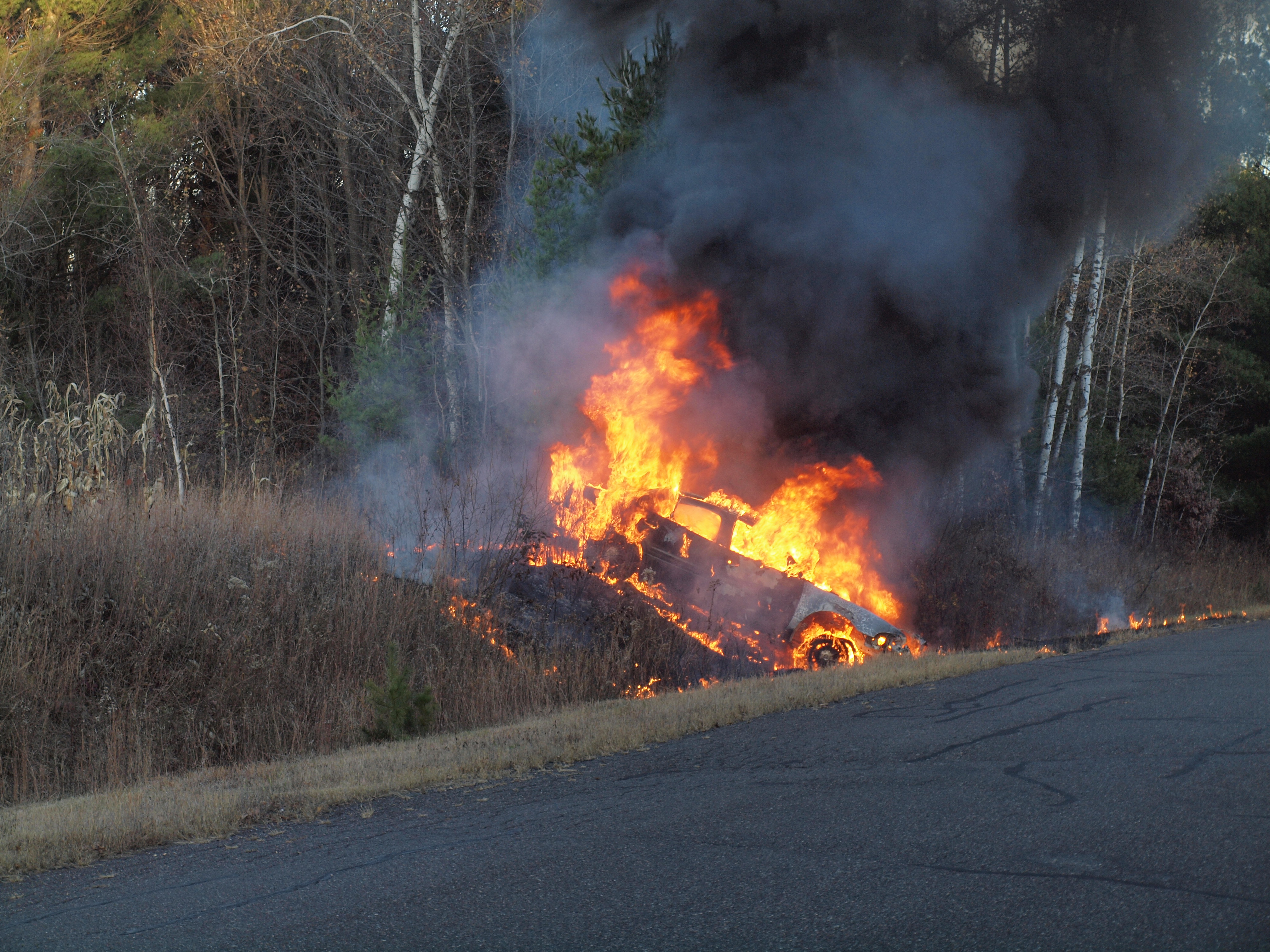 To learn more about deer-vehicle crashes, I recently spent an evening riding along with State Trooper Dean Luhman.  Although we didn’t exactly end up working any deer crashes that night, I did hear a few stories that were excellent background for my “Crash” chapter of Deerland.

The only true deer crash that night was on the far side of the county, and another trooper was closer to the scene.  We might have gone anyway, but at that same moment a backup call came in from a sherriff’s deputy in the midst of a routine traffic stop that for certain reasons might not have stayed routine.  That took priority.

I didn’t want anyone to get hurt.  I didn’t even want a deer to get hurt.  But if it was going to happen anyway, I was curious to see first-hand how troopers work a deer crash.  As the night went on, it began to look less likely all the time.  Expired plates, expired licenses, but no expired deer.

I did, however, get a fascinating look behind the scenes.  It was especially interesting to see how focused and watchful troopers have to be during every second of their entire shift—and this was on what Dean told me was a relatively slow evening.  He was incredibly observant, and spotted things that I didn’t notice at all.  Missing plates, expired plates, a little extra weaving from the driver two cars ahead of us, that sort of thing.  He also handled some potentially awkward social situations with real professionalism and diplomacy.  I know it’s his job, and I know he’s had years of practice.  But it was still impressive to watch.

If I were younger and exploring new career options, I’m not sure I’d want to be a State Trooper.  Not everyone is happy to see you when you pull them over to say hello, and it seems like it could be a stressful job.  On a really bad day at the office, people could be shooting at you.  It’s definitely not the job for just anyone.  But I’m glad people like Trooper Luhman are out there doing it.

After my research ridealong, I now have many new safety tips to pass along.  For now, here are just a few:  When you’re driving, stay focused.  Watch out for deer, but don’t watch for deer too closely.  Pay attention to everything else that’s going on around you, too.  Watch the road, not the cornfield where you’ve heard people have been seeing a lot of deer and bear lately.  And most of all, don’t drink and drive.

That night one 83-year-old driver failed to follow these precise bits of advice.  Without going into detail while his case is still pending, let’s just say this may have begun a chain of events that led to the scene in the photo.  The driver was unharmed, and got out in plenty of time to go sit by the side of the road and watch from a safe distance as his car burned.  Later, we gave him a ride into town so he could receive a free blood-alcohol test at the closest hospital.

True, technically this was not a deer-vehicle crash—at least not in the usual sense.  But it was close enough.  I’m going with it.

Oh.  I learned one other thing.  You know how in the movies and all those TV cop shows, whenever a car goes off the road and hits a tree or rolls down an embankment, its gas tank always explodes instantly?  It turns out that in real life, even when the whole car is on fire, gas tanks almost never explode.  But if the driver left his oxygen tank and a couple boxes of shotgun shells in the back seat, they just might.

2 thoughts on “Technically, This Was Not a Deer-Vehicle Crash.”