The next stop on our tour of Deerland is Duluth, Minnesota.  It’s at the far western end of Lake Superior.  Other than Iquitos, Peru, it’s about the farthest-inland port that’s regularly visited by large seagoing vessels.  When I first read Annie Proulx’s novel The Shipping News, I never dreamed that I’d someday subscribe to a local paper featuring a column of that name—especially not while living in northern Wisconsin.

Most of Duluth is on a hillside overlooking the harbor.  Geographically, if not culturally, think of it as a “San Francisco of the North.”  Not including its suburbs or the smaller city of Superior, Wisconsin that’s just across the bay, Duluth has a population of about 87,000.  At times, it seems to have almost that many deer.

At first it was fun.  It always is.  But eventually, apart from damage to the city’s forests and parks from overbrowsing, the citizens of Duluth began to complain of more traffic accidents, more damage to gardens and landscaping, and whole herds of deer that had moved into back yards and didn’t want to leave.  The city’s first step, one that enlightened municipalities are taking all over Deerland, was to totally ban recreational feeding.  But even without all that corn to lure them in, deer were still overrunning Duluth. 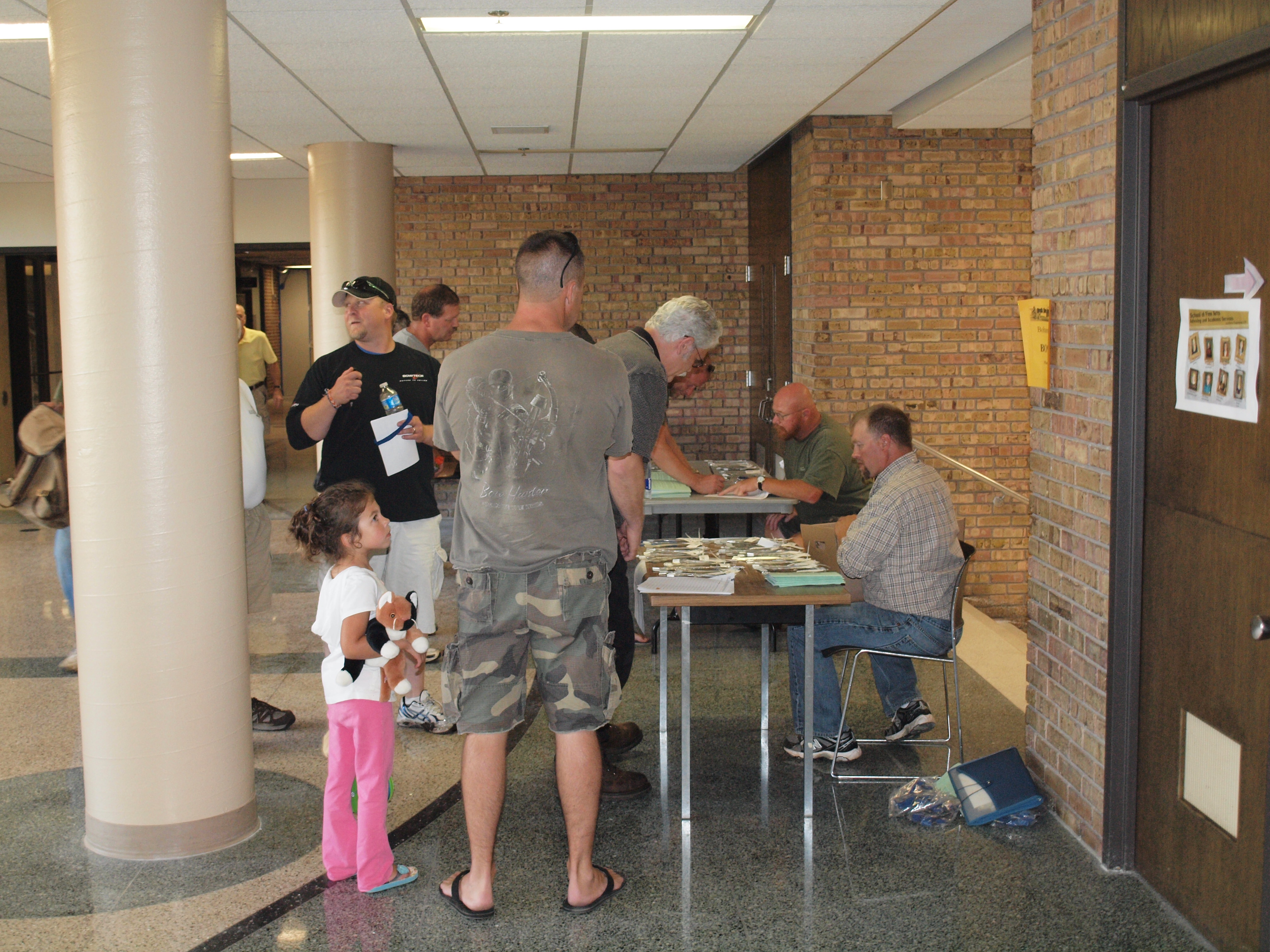 To learn more about how the problem is being solved (or at least managed so it won’t become even worse), I interviewed Phil Lockett, President of the Arrowhead Bowhunter’s Alliance (ABA).  (The redundant-sounding name of this organization has to do with the pointy shape of northeastern Minnesota.  In tourist brochures and local weather reports, this area is known as “The Arrowhead.”)  I also sat in on ABA’s annual orientation night, which is mandatory for all bowhunters who’d like to participate in the city’s annual hunt.

Phil explained that Duluth has large green spaces around its perimeter, and more still that are located right in the middle of the city.  It has a couple of green belts that roughly follow contour lines along the hillside, and then these strips are connected by a number of corridors alongside small streams running downhill toward the lake.  On these public-land greenways there’s plenty of cover and easy access to even more backyard browse.  This terrain is perfect deer habitat, and it also makes for plenty of good hunting spots on public land.

Landowners can, however, contact the ABA if they’d like a hunter stationed right on their property.  Pretty much every day throughout the fall and winter, Phil fields calls and e-mails from people who want a hunter to come take care of the half-dozen deer in their back yard.  Rather than “not in my back yard,” it’s “please in my back yard.”  Phil or one of the other ABA board members will check out the site to see if it can be hunted safely.  If it can, they may send a hunter over the very next day.  Some spots, however, just aren’t suitable.

Before they can participate, hunters must complete a special safety course and pass a proficiency test.  With rare exceptions, they’re required to use a treestand so they’ll

be shooting safely toward the ground.  Almost 400 people sign up for the program each year, and together they remove around 600 deer from within the city limits.  Hunters are required to shoot at least one antlerless deer before taking one with antlers.  This program is about reducing the population, not waiting for a trophy buck.

The program is highly regimented and incredibly well organized.  The ABA’s members use a sophisticated website to coordinate assigned locations and report deer they’ve taken.  (The IT guy who set up all these databases and website interfaces apparently does the same kind of work in his day job.)  The hunt is governed by several pages of city ordinances, eleven pages of ABA rules, and all of the usual state hunting regulations.

Still, to make sure everyone remembers the rules and procedures, all hunters are required to attend the annual orientation.  It’s absolutely mandatory, even for those returning from last year.  If you don’t show up, you won’t hunt.

This weeknight session was all business.  And although I did see the camo and stubble I was expecting, I also saw plenty of suits and ties.  Many of these men—and also a few dozen women—had come straight from work.  Dinner would have to wait.  It was Orientation Night.

One thought on “Orientation Night at the Arrowhead Bowhunter’s Alliance”