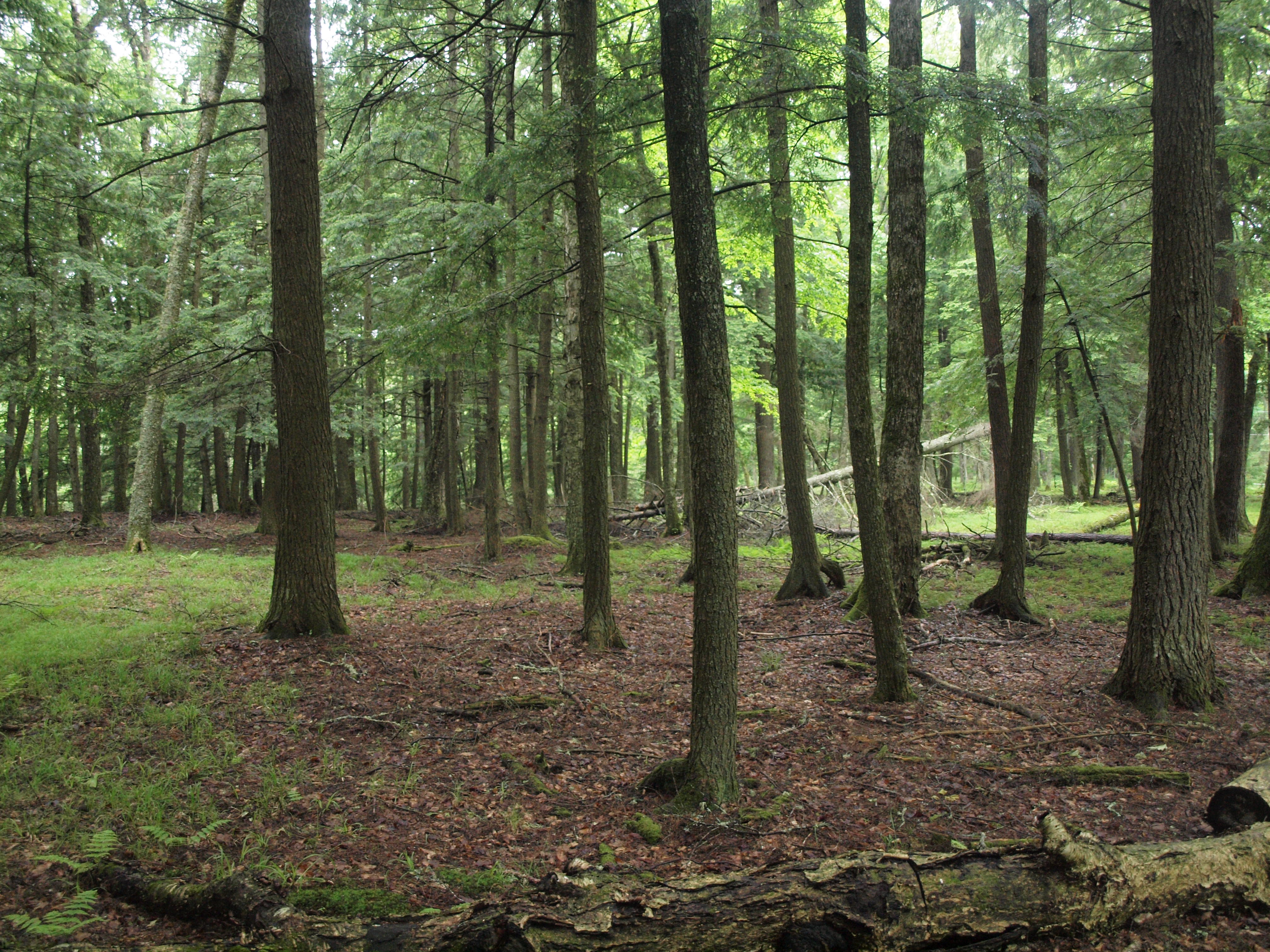 In my last post, I introduced you to the deer of Dairymen’s and showed you an exclosure and a lollipop tree.  This time, I’ll tell you more—how bad things got, why they’re getting better, and what lessons this story holds for the rest of us.

In the photo above, you can see how much of Dairymen’s still looks today.  The forest understory is completely missing.  Even in June, the ground is brown.  Elsewhere, the scene is green and park-like, as in in the photo below.  These are all plants that resist or tolerate herbivory.  Everything else is gone.  Still, if you don’t know you’re looking at a scene of ecological devastation, it looks lovely. 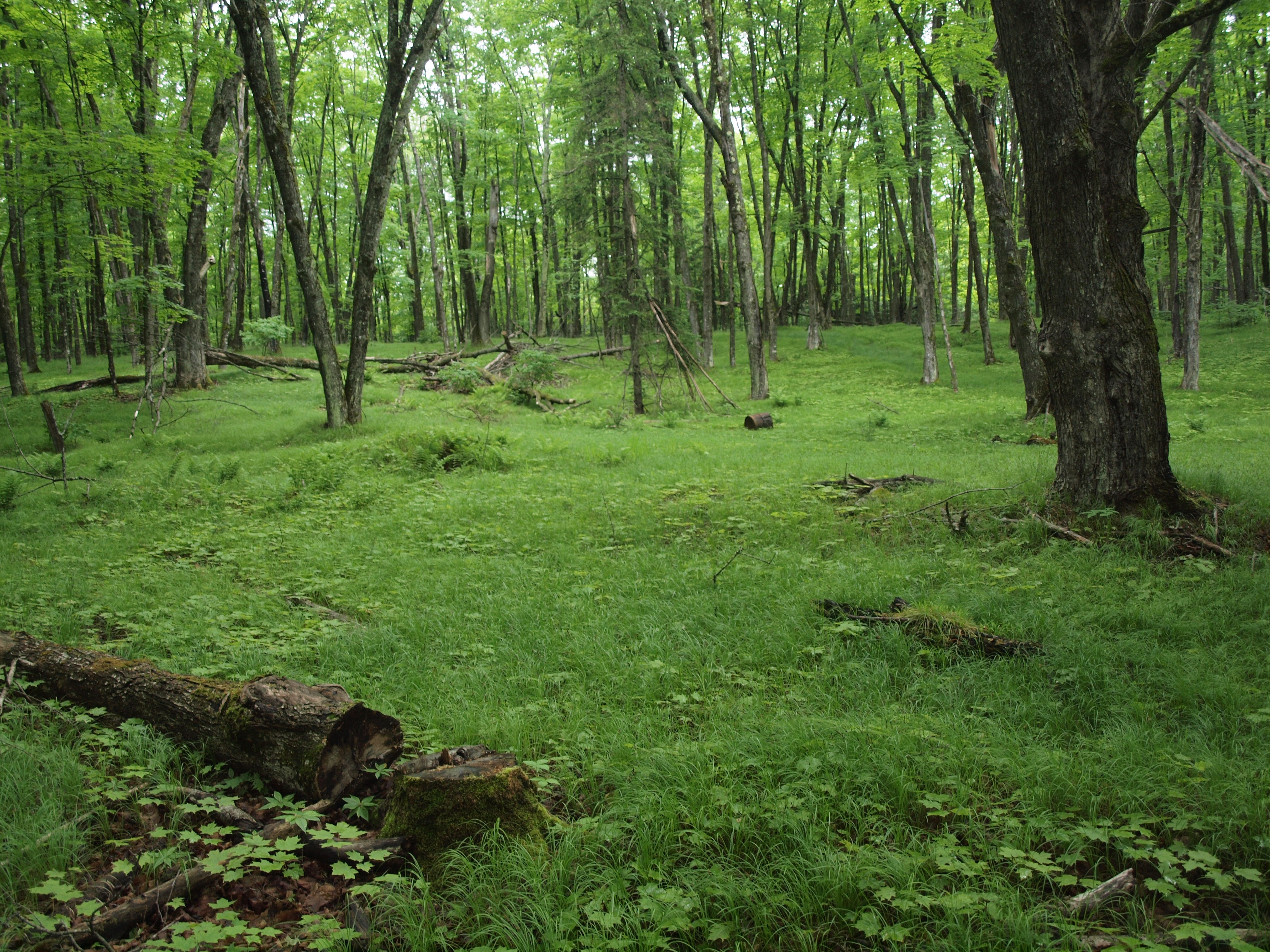 It is green.  But there’s no cover for small mammals or ground-nesting birds.  There’s no understory or mid-story where other songbirds would be nesting.  No grouse, no turkey, no finches, no warblers, no squirrels, no chipmunks, no nothing.  I was there on a still, humid day in June.  Nothing moved, and the forest was strangely silent.  I heard a robin off in the distance.  That was about it.

(Admittedly, there were plenty of mosquitoes.  So it’s not exactly true that nothing was moving.  But that was it.)

This is what long-term overbrowsing looks like.  Here, deer had reached densities of over 100 per square mile and stayed at that level for decades.  This is unusual, but not unique.  The U.S. now has over 30 million deer, a hundred times more than were here just a century ago.  Their densities per square mile in America’s suburbs and parks have at times reached 100 in Chicago, 125 in Minneapolis, 182 in parts of New Jersey, 200 in Kansas City, and 400 in Washington, D.C.

Elsewhere, the effects of overabundant deer are less dramatic, but still significant.  Even if we spend a fair amount of time out in the woods, most of us have never seen a forest that’s not shaped by deer.  There’s no free lunch, and we trade more deer for less of everything else.  But when forced to choose between whitetails and all other wildlife, we almost always choose deer.

For 70 years, the Dairymen did.  But in the 90s, they stopped feeding them.  (In the photo above, you can still see the rusted, abandoned half of a 55-gallon drum that was once used to feed deer.)  A couple years ago, a pack of wolves moved in.  Things are looking up.

Still, I’m not sure the wolves will be a popular solution in New Jersey or Kansas City.