The Beginner’s Guide to Hunting Deer for Food 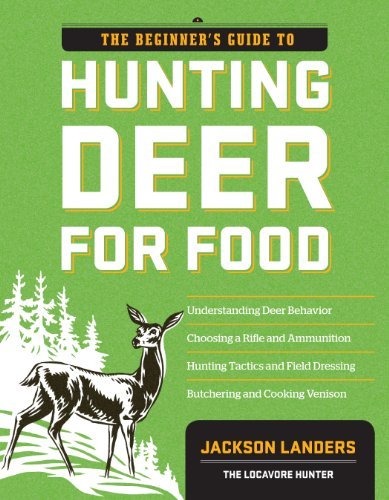 On September 1, Storey Publishing will release The Beginner’s Guide to Hunting Deer for Food

.  Its author is Jackson Landers, who blogs over at The Locavore Hunter.  This could be one of the very first guides to deer hunting that’s aimed at adults who have never hunted anything in their lives.  I’ve pre-ordered a copy, and I hope to provide a review in a few months.

For now, the book’s title and cover image are a story all by themselves.  For the new locavore hunter who’s more interested in venison than antlers, the title seems redundant.  If not for food, why else would someone hunt deer?  Hunters who are more steeped in American hunting culture will know the answer to that question.  But even for them, the title of this book seems a little odd.

So does the book’s cover image, which shows a lovely drawing of a whitetail doe.  There are no antlers anywhere on the cover—and presumably, none on the inside, either.  It’s possible that this is a first among books about how to hunt deer.  Apparently Jackson made a special request:  “Please.  No antlers.  That’s not what this book is about.”  I’m very impressed that he managed to pull this off.

A couple years ago, I co-authored Gut It. Cut It. Cook It.: The Deer Hunter’s Guide to Processing & Preparing Venison

.  Our book doesn’t compete with Jackson’s; rather, the two are complementary.  We used most of our 256 pages to cover the step-by-step details of field-dressing, skinning, and butchering.  We also included lots of color photos to illustrate each step.  (If you haven’t done this before, you may not want to study the chapter on field-dressing over lunch.)

Since Jackson was covering a broader range of topics, he may not have had room for quite as much detail on this part of the experience.  On the other hand, we didn’t have room for advice on how to go out in the woods and get yourself a deer in the first place.  For that, you should buy his book.

We did, however, share Jackson’s emphasis on food over antlers.  There are no antlers on our front cover, and there’s only a small picture of a deer with antlers on the rear cover.  The other two show food.  In a nod to market realities, however, we did include a final chapter on saving antlers and caping your trophy.  If you want to save your deer’s antlers and painstakingly skin its neck and head so the intact “deer mask” is ready for a taxidermist, we’ll show you how.  (Not everyone will want to study these photos over lunch, either.)

That wasn’t quite enough.  The folks at Krause wanted to slip in a few pictures of hunters posing with giant bucks.  They knew readers would expect to see them.  (My co-author, Eric Fromm, has shot several himself.  But we hadn’t included photos of them.)  So maybe it was a good move to sprinkle in a few of those additional photos.

After all, a quick search on Amazon turns up literally dozens of popular titles like Hunting Big Bucks, Big Bucks the Benoit Way, Mapping Trophy Bucks, Secrets for Hunting Big Bucks, Taking Big Bucks, Ambushing Trophy Whitetails, Hunting Big Whitetails, How to Bag the Biggest Buck of Your Life, and Hunting Tough Bucks.  (To me, the last title seems unintentionally ambiguous; older bucks with large antlers tend to be tougher and stronger-flavored than younger deer.  In some cases, they’re best suited for sausage.  Or so I’ve heard.)

As hunters, our values and priorities seem to be changing.  Only ten or fifteen years ago, an unusually large buck might have been described as “a ten-pointer that weighed 230 pounds field-dressed.”  The antlers were nice, but the larger amount of venison was still worth noting.  This buck would yield twice as much meat as an ordinary deer.  That mattered, too. 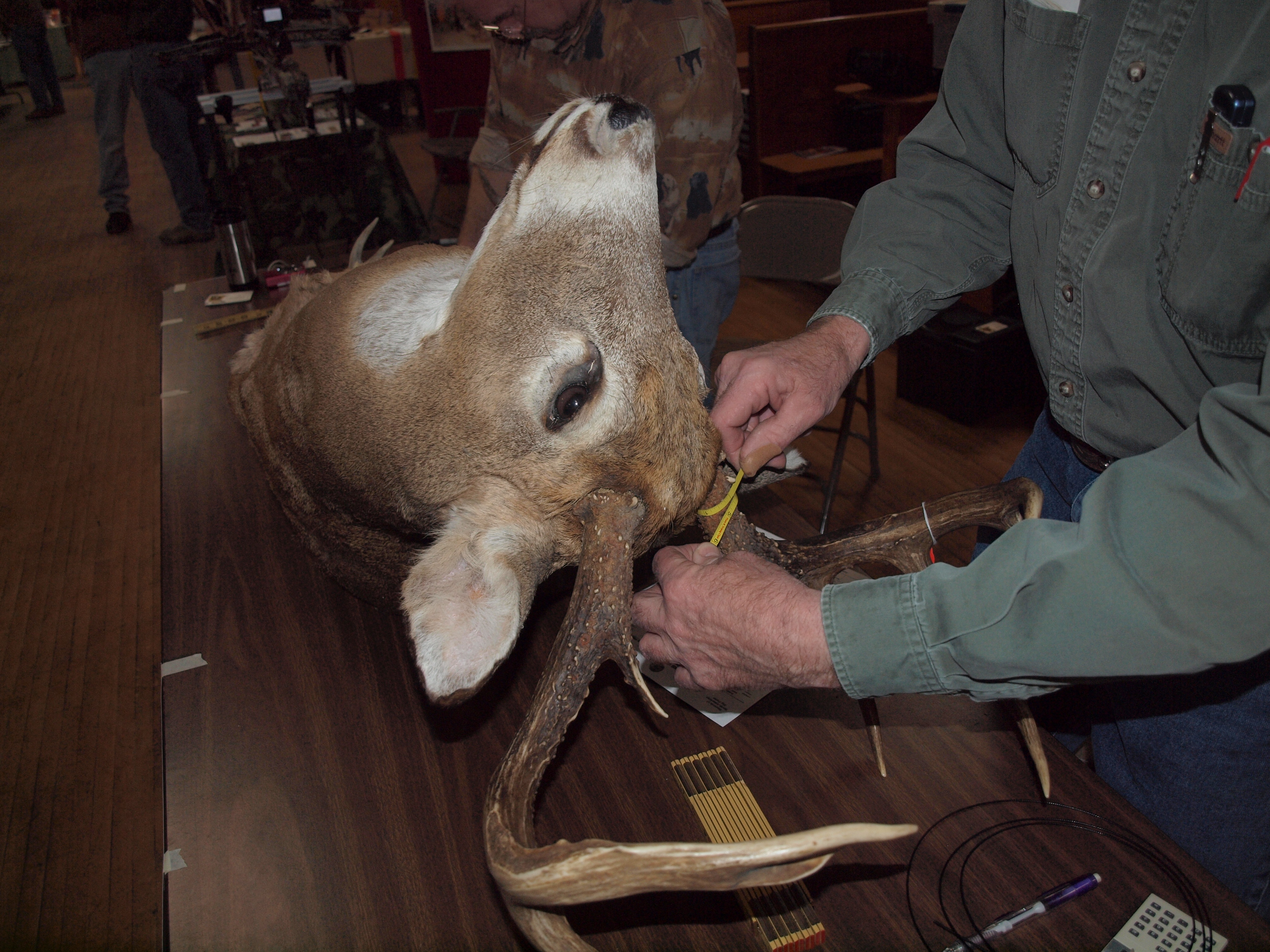 Pope & Young score uses the same calculations.)  A big buck might be called a “150-incher.”  To be truly bragworthy, however, it would need to be a “200-incher.”  The size of the deer itself is no longer worth mentioning.

Myself, I think there’s still some truth to that old-timer’s saying about how “you can’t eat antlers.”  Witness the dish below.  For some reason, it was not a hit at deer camp. 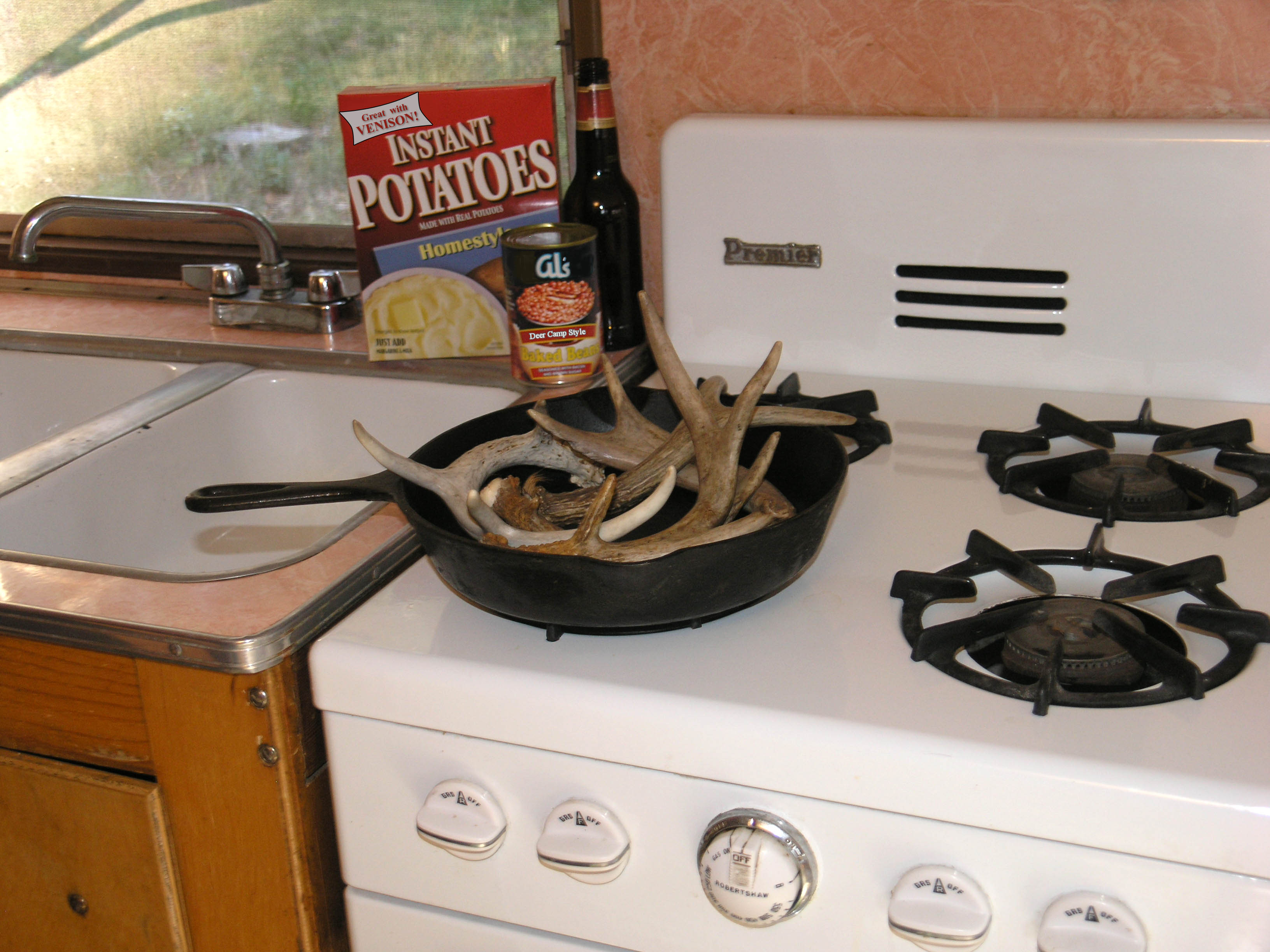 The Hunters Before Us, Part I